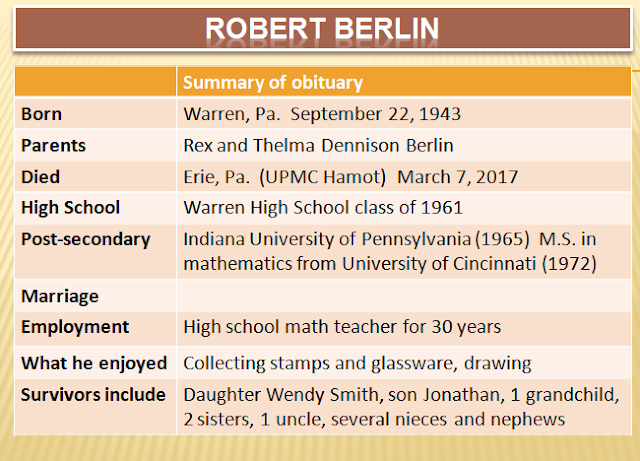 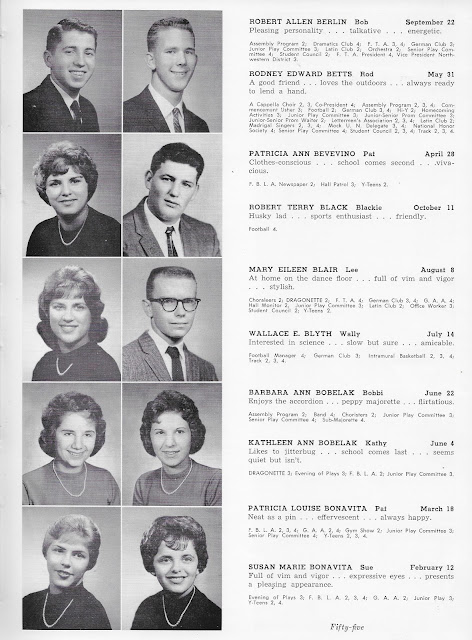 Also in the picture:  Mary Blair, who joined the WAHS faculty after her college graduation.  She married chemistry teacher Jack Creek and served as advisor to the class of 1968.

The popularity of 'Robert' as a baby name is graphed here.  I'm in the mood for another doubleheader. 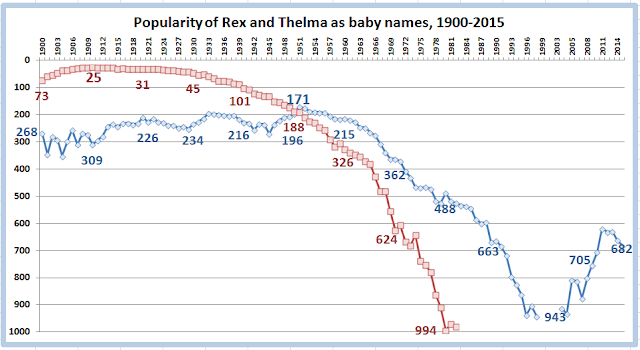 An old-fashioned kinda girl, 'Thelma' enjoyed a strong run during the 1st third of the 20th century, peaking at #25 in 1910.  Starting in the 1960s, though, she quickly tumbled out of view.

'Rex' proved to be a bit more of a steady performer, remaining mostly in the 200-range into late 1960s.  He disappeared for a few years (1999-2002) but quickly regained some of his old form, although it looks as though it'll be short-lived.