From North Bassett and West Johnson 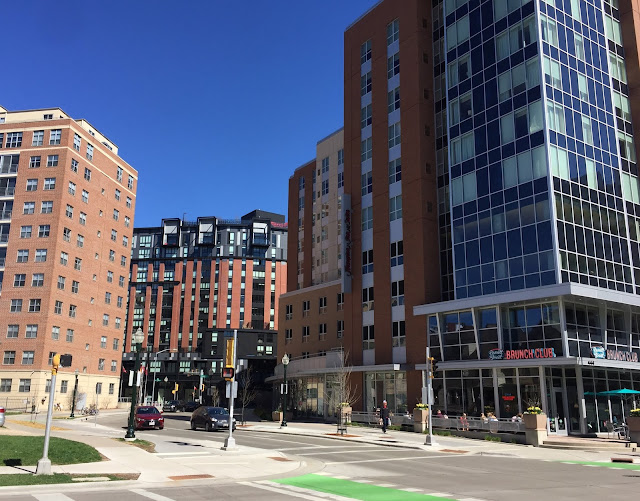 On North Bassett approaching University Ave. (Not counting the James leasing office, only one ground-floor retail space is occupied.) 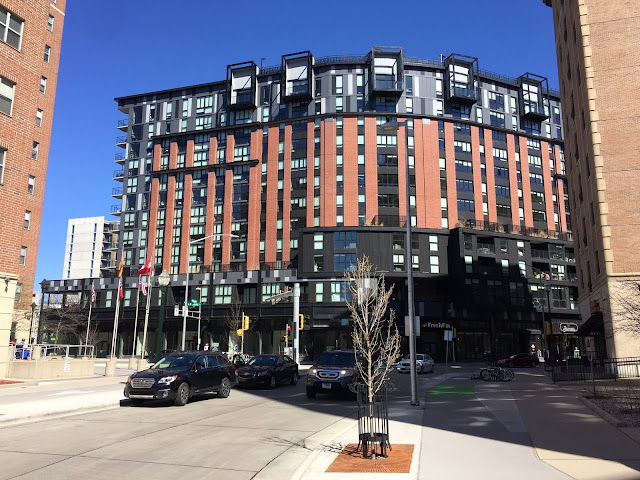 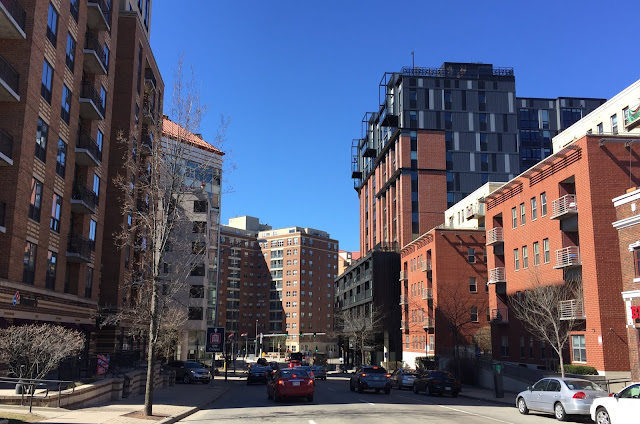 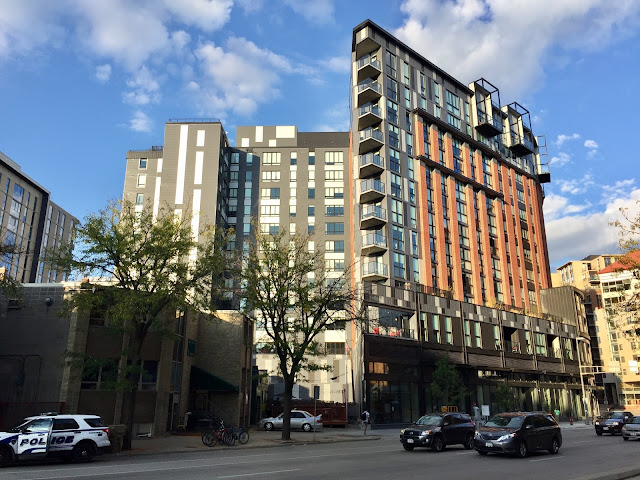 Just north of the North Broom and West Gorham intersection 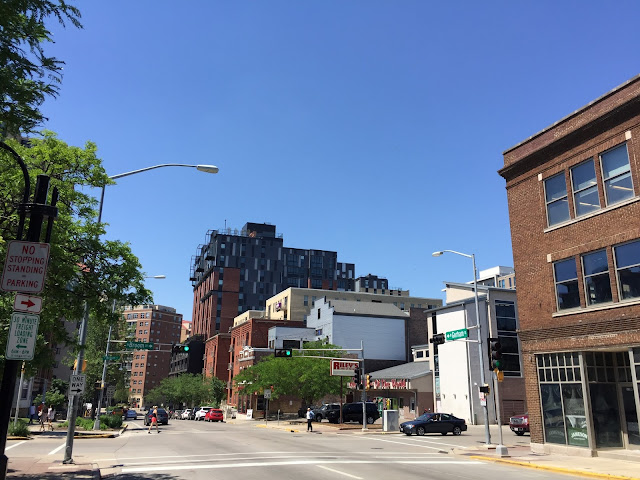 From the North Broom turn onto West Gorham 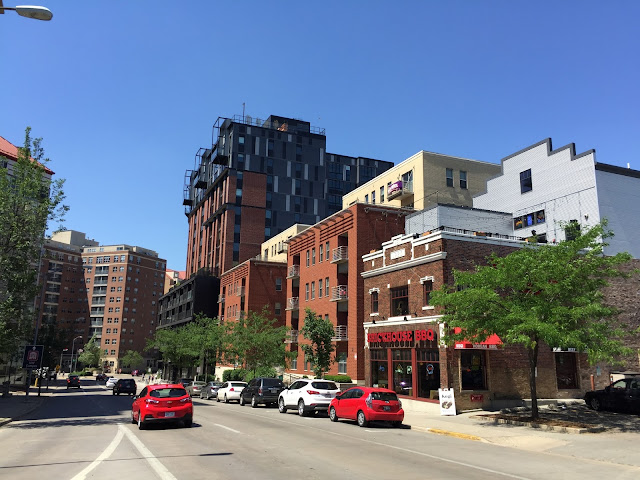 A view on University near Gorham. 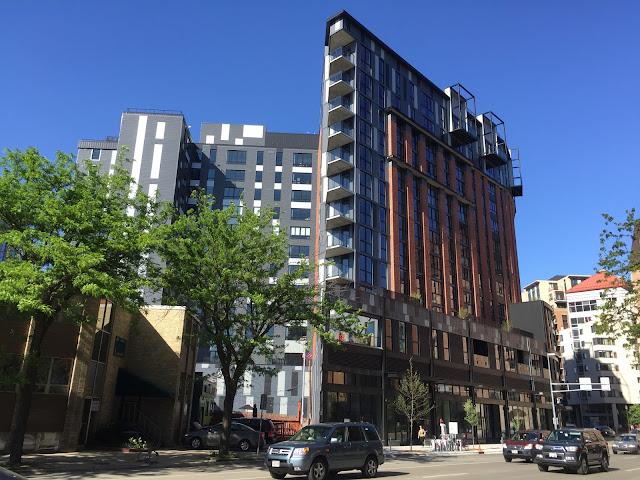 With a portion of HubbA at left. 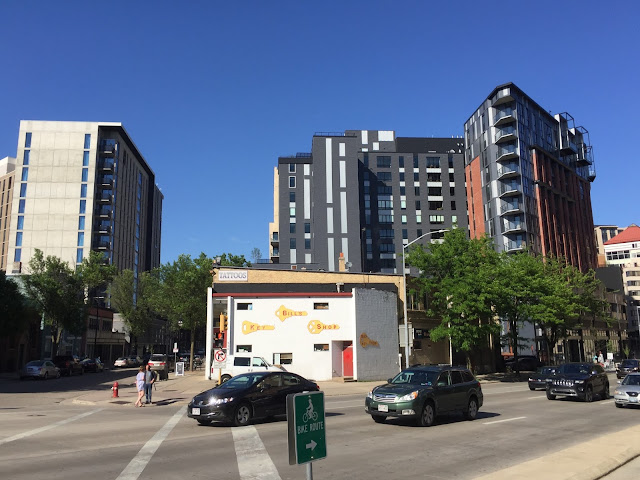 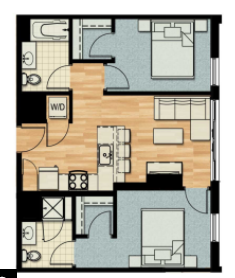 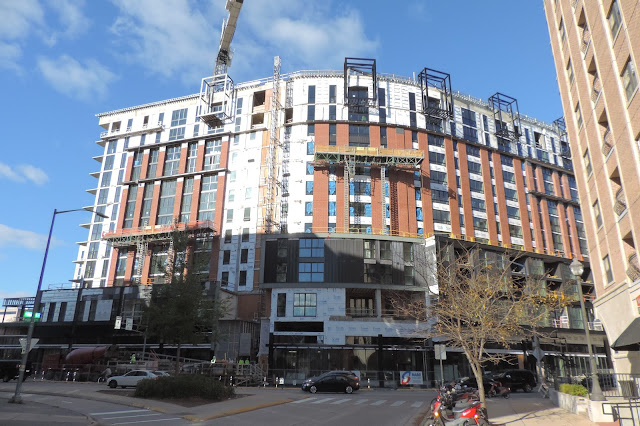 Hey kids!  You get a choice.   The James West or The James East 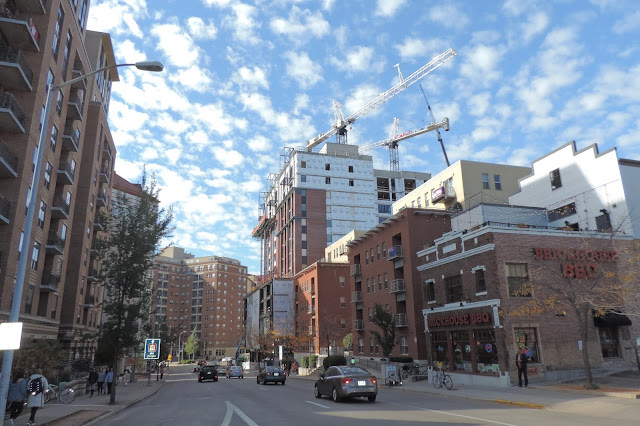 From the intersection of University Avenue and North Frances Street 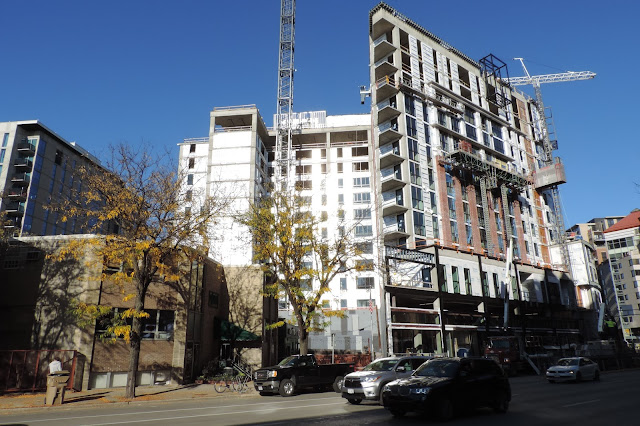 From the top of the State Street Campus parking ramp 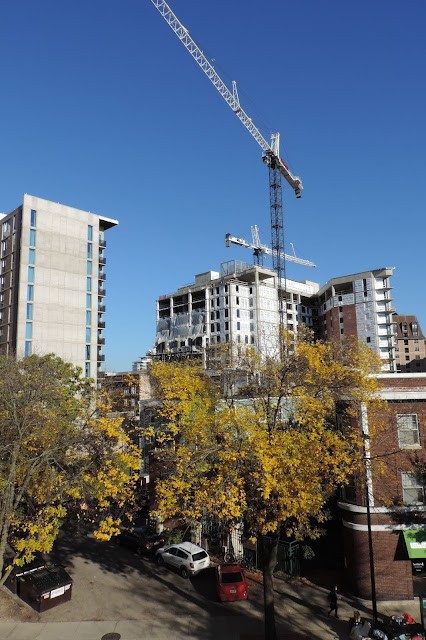 Panorama taken at University and N. Frances (which resulted in those cute little cars you see in the shadows) 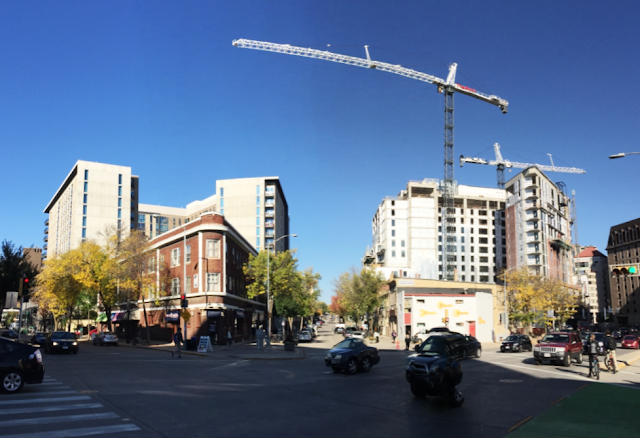 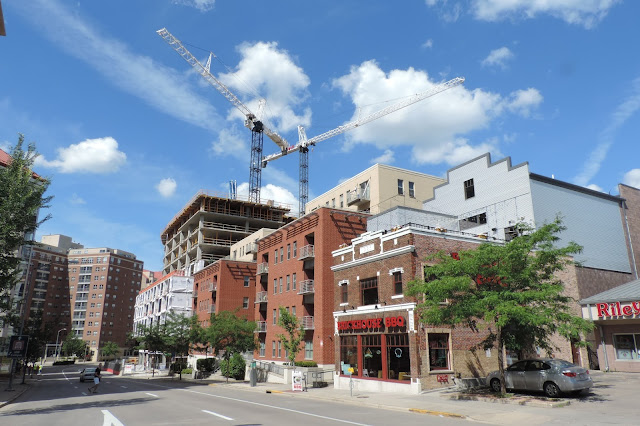 Standing in front of La Ville 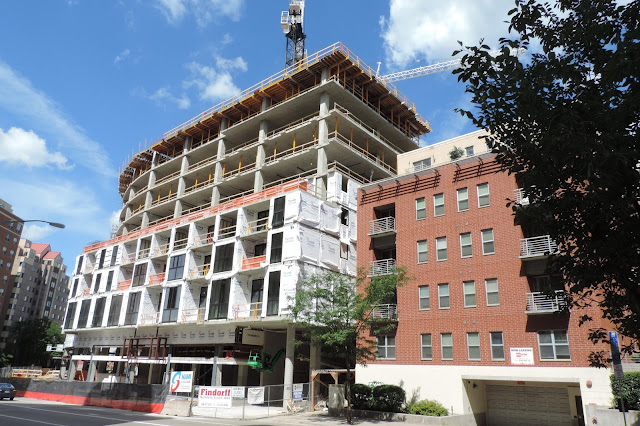 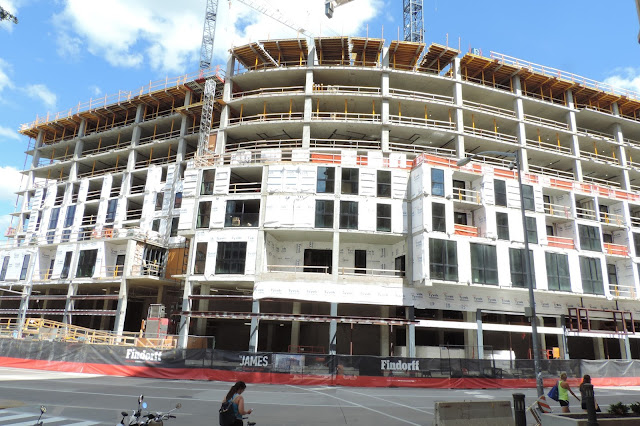 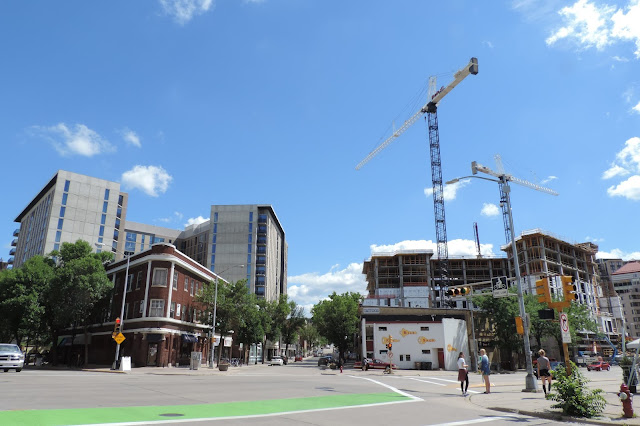 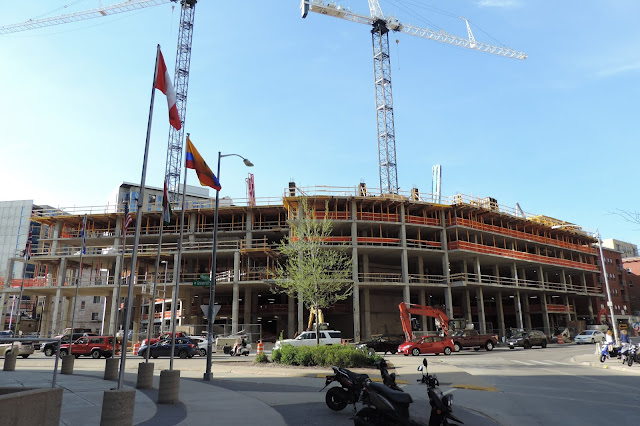 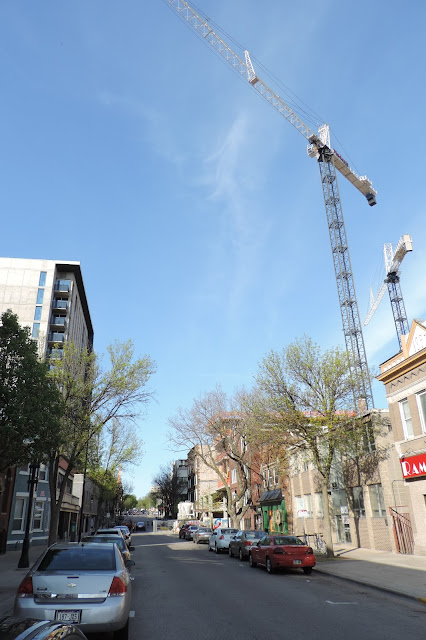 The 12-story hubBa -- real name: Hub II The James -- will include a rooftop terrace with a pool, volleyball court, and 2 hot tubs.  It's a companion building to the Hub Madison on North Frances St. 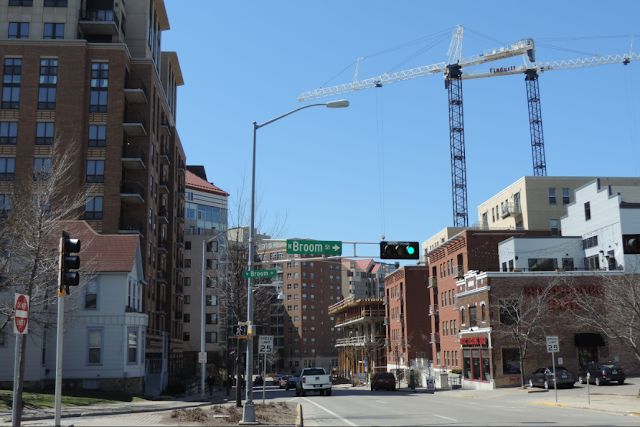 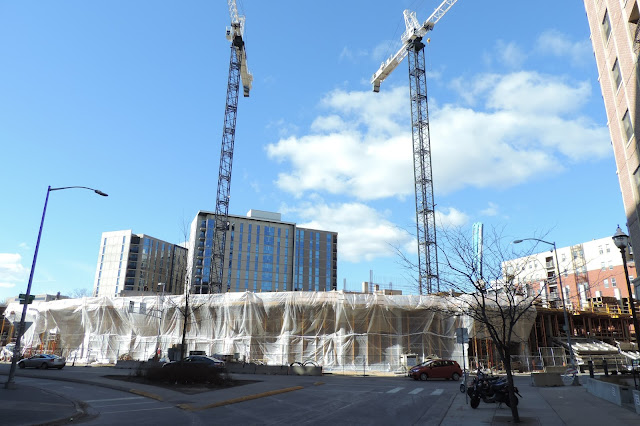 The sun prevented me from getting the perspective I wanted here. 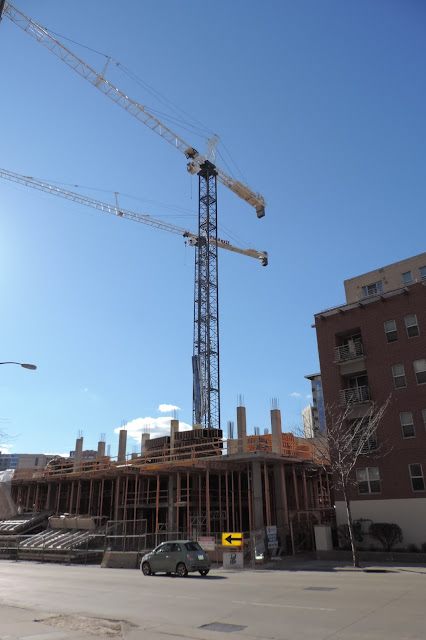 The cranes as seen from the front of the Kohl Center. 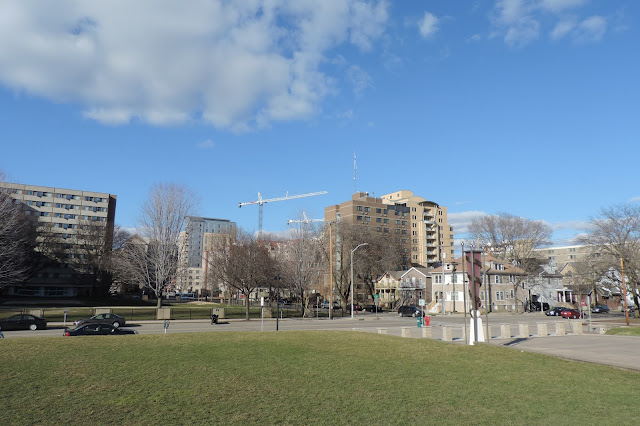 Opened in August 2015, the 313-unit hubbA, known as Hub Madison in real life, is the u-shaped building that dominates the left half of this photo.  Studio apartments start at $1,250 per month per person.  (But, hey, they're well-appointed!)

The 356-unit hubBa -- a.k.a Hub II, rechristened The James -- is under construction in the foreground. 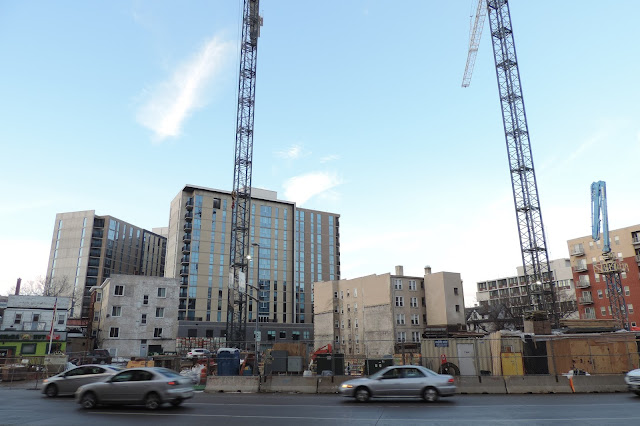