Tommy Thompson to Scott Walker: Be like Russ Feingold


'In a manner of speaking', of course. 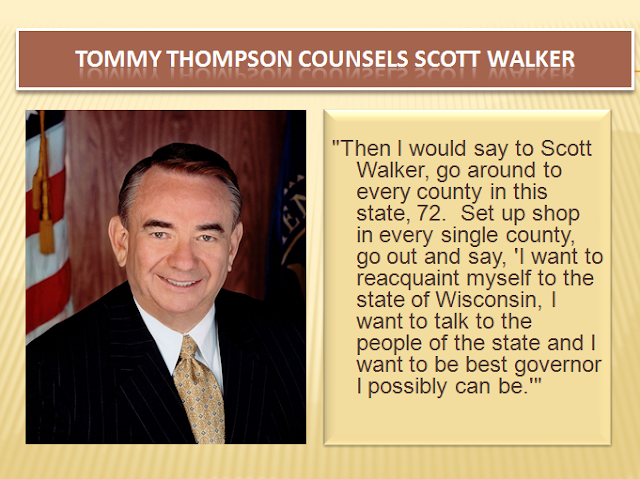 In the shadow of iconic Lambeau Field, Russ Feingold pulled off an impressive opening drive in his campaign for United States Senate. In the first 101 days since announcing for U.S. Senate, Russ has listened directly to the needs and concerns of Wisconsinites in each of Wisconsin’s 72 counties.


While running for President, Scott Walker pledged to do the 'full Grassley', campaigning in all of Iowa's 99 counties.