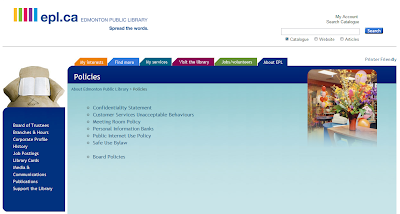 Excerpt: Maybe it's that they don't have DVDs. Or maybe they don't have time for big novels. But for whatever reason, in the winter in Salt Lake City, the homeless tend to congregate near the periodicals.

It's something Chip Ward saw every year when he was assistant director of Salt Lake City's public library system. Ward was trained to organize information, to file papers and data. But his job, he says, was as much about knowing regulars as it was shelving books.

There was Crash, a happy drunk with a deep scar that cleaved his face from forehead to chin. There were Mick and Bob who suffered seizures. Margi had dementia. John, open wounds he wouldn't treat. For each, the library was as much a home as anywhere else.

A wedge-shaped, glass-fronted wonder that features cafes, an art gallery and one of the world's largest collections of graphic novels, the branch is also the Utah capital's de facto daytime shelter for the homeless and a default hangout for street kids and misfits.

Ward spent five years at the branch. After he retired, he wrote an essay about his work. Published online, the piece became a minor sensation. It was e-mailed from library to library before breaking into the mainstream. Emilio Estevez is now reportedly producing a movie based on its themes.

For Ward, the piece resonated because it dealt with issues that weren't unique to Salt Lake City. The story plays out every day in libraries in Houston and Dallas, Vancouver and Toronto. "I don't think there's an urban library in the country where they can't start telling you stories."

In the past month, there's been a lot of focus on the Edmonton Public Library's downtown branch.

I never read that guy's essay. I'm not sure I ever heard of it. I now feel terribly out of touch.

However, I could add to the list of "never learned" items:
1. Catching bats.
2. Cleaning feces off bathroom floor.
3. Plucking dead bats out of toilet.