Who is Matt Mackowiak and why is he saying these mediocre things about himself? 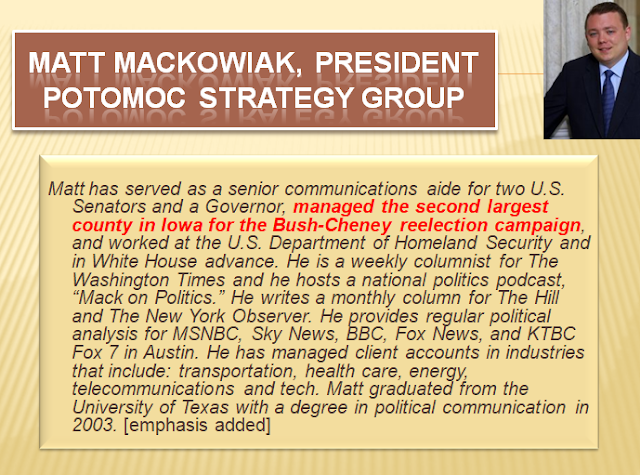 Linn County, Iowa's second largest with a estimated 2016 population of 221,661, is located in the east-central part of the state.  Cedar Rapids, its largest city and county seat, has a population of 132,228.

The county hasn't voted for a Republican candidate for President since 1984.  And Matt wasn't able to close the GOP gap in 2004. 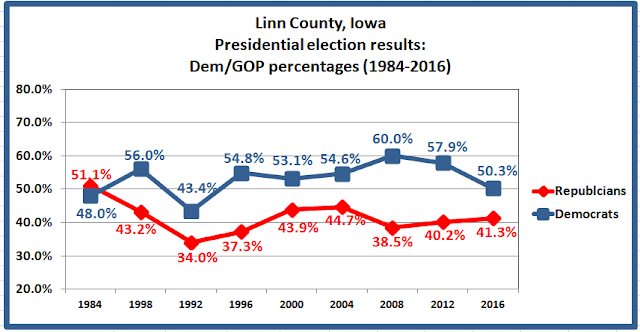 In the 2018 Iowa gubernatorial race, Democrat Fred Hubbell received 55.5% of the Linn County vote compared to Republican Kim Reynolds' 41.7%.  The Democratic candidate for Iowa 1st congressional district, Abby Finkenauer, won by a larger margin over the GOP incumbent Rod Blum, 56.6% to 40.1%.
.
According to Morning Consult, Trump's Iowa approval/disapproval ratings have undergone a net change of -19 percentage points, from 49% approval/40% disapproval in January 2017 to 43% approval/53% disapproval in December 2018.

Matt first came to my attention when reading this article.


Other Republicans were discouraged that Trump agreed to the deal, and some even accused him of giving in to the Democrats' demands.

"Trump's base will not look kindly on this cave, even if Trump's hand was forced," said Texas-based political consultant Matt Mackowiak. "Democrats were never going to negotiate while the government was closed and they paid no price for doing so."

He added: "The only advantage the Trump White House has is a three-week clock on the negotiation for a broader deal. In the end, many will look at this entire episode as pointless."