The existence of the church-owned residence was brought to The Greenville News' attention through a tip from a reader. The News verified the ownership of the home through property records and real estate transactions.

The residence shines light on housing arrangements that some churches include as part of the compensation packages for their pastors.

"This is not anything new," Travis Hayes, chief financial officer for Relentless, said. "This is a practice that is done with every denomination in the nation. That’s what this is. This is an asset that belongs to the church." 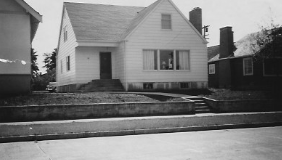 From the Nelson family archives

Travis Hayes is right.  "This is nothing new."

What's new, and out of whack, is the obscene amount of money spent by a Greenville, South Carolina, megachurch to house its pastor.  (They're not the only dysfunctional example, of course.)

The modest, utilitarian home pictured above was owned by Messiah Lutheran Church in Auburn, Washington (pop. 6,497 in 1950; 80,776 today), and served for many years as the parsonage where the congregation's pastor and his family lived.  My dad served as Messiah's pastor from July 1943 to October 1952, and I lived in this parsonage for the first three years of my life.

A portion of the church is seen to the left of the parsonage. 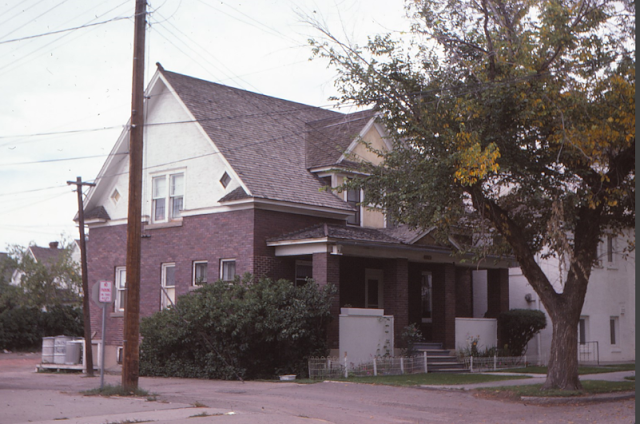 From the Nelson family archives
(Photo taken in September 1974)

In the fall of 1952, Dad accepted a call from First English Evangelical Lutheran Church in Great Falls, Montana.  The parsonage, located next to the church, is located at 112 8th Street North and is where the Nelson family lived until October 1956, when the construction of a new parsonage was completed.  The old parsonage then served as a parish center for Sunday School classes, a nursery, and other church-related program functions.

xx`
From the Nelson family archives
(photo taken in January 1957)

In the late spring of 1957, Dad accepted a call from St. Paul's Lutheran Church in Warren, Pennsylvania.  On August 1, 1957, the Nelson family -- 6 of us, by this time -- moved into the church parsonage on East Third Avenue.  Dad served at St. Paul's until his retirement in 1981, by which time the church council agreed to sell the house to my parents.  Both of them lived out the rest of their lives here.  My youngest brother now calls it home. 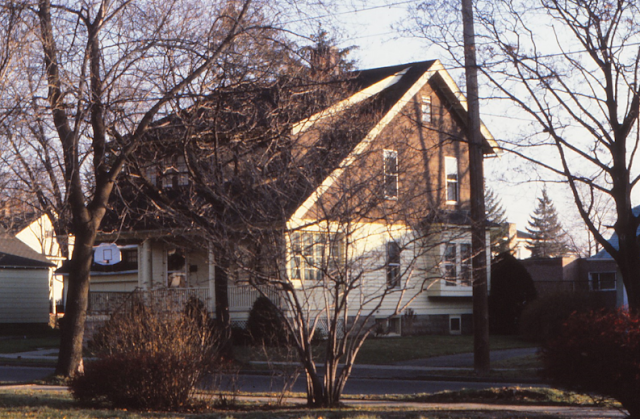 From the Nelson family archives
(photo taken during the 1970s)

As the 1970s progressed, many churches debated the merits and drawbacks of parsonage vs. housing allowance.  This was certainly the case within the Northwestern Pennsylvania Synod, ELCA, based on family conversations that took place at the time.  A growing number of seminarians and young pastors preferred to have the option of building equity in their own homes.  A housing allowance helped them to do so.  (Keep in mind that non-mega clergy have always been at the low end of the professional pay scale.  Believe me, I know this from first-hand experience.  It's why I started delivering newspapers when I was 11.)

Related reading:
A Parsonage or Housing Allowance-- Which is Better?  (Christianity Today, Spring 1980)
Living in the parsonage.  (Desperate Preacher, undated)
Posted by Retiring Guy at 2:15 PM