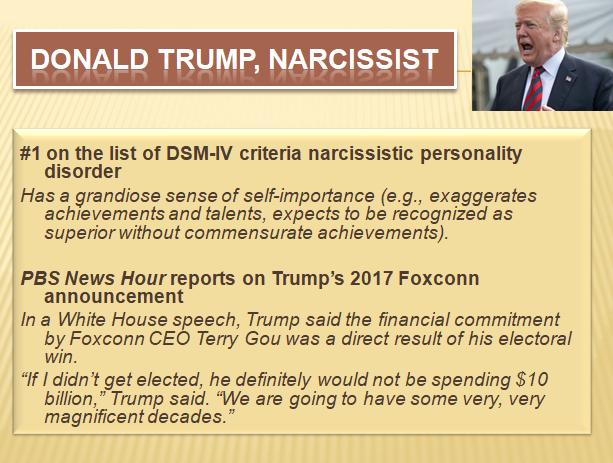 Source: DSM-IV and DSM-5 Criteria for the Personality Disorders


Seven states had competed for the Foxconn plant. By awarding the plant to Wisconsin, Foxconn would appear to be giving a victory to both Trump and the state’s Republican governor, Scott Walker, who is up for re-election next year. Other states that vied for the plant are Michigan,

That was then, this is now.

From the edge of the 1,200-acre Foxconn manufacturing property, an observer can see that the farms once on this land are gone. A lot of the ground is bare. Foxconn has put up only one building, what it calls a multipurpose structure. Earth movers, sometimes in groups of three or four, are hauling around piles of dirt.

Around the perimeter of the property, roads are being widened. Racine County Executive Jonathan Delagrave says he is happy with the pace of construction. "Look, you can see the transformation happening. And, it's really ... I think a great thing for us, " he said.

There's a word for that, Jonathan. 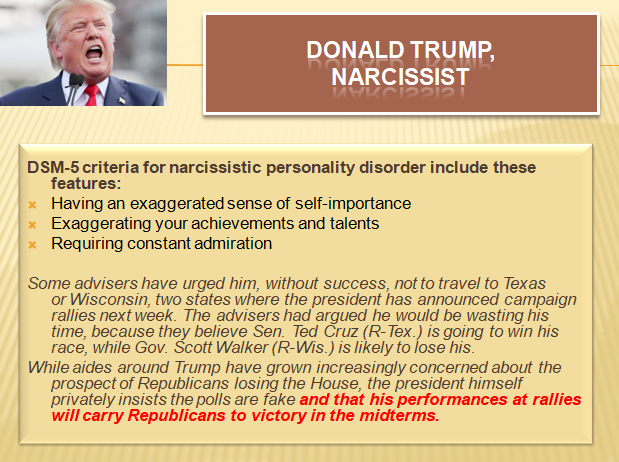 Don't be surprised if 1000s of Trump zombies take him literally here, only to be surprised, and perhaps outraged, when they don't find his name on the ballot in  November.

Here's what Madison.com finds of most interest in this story. 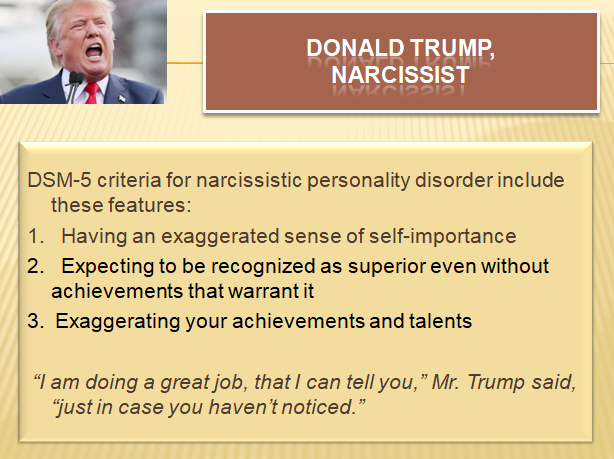 Italicized excerpt found at Trump Brings His Own Style to a Day of Damage Control in Britain.  (The New York Times, 7/13/2018) 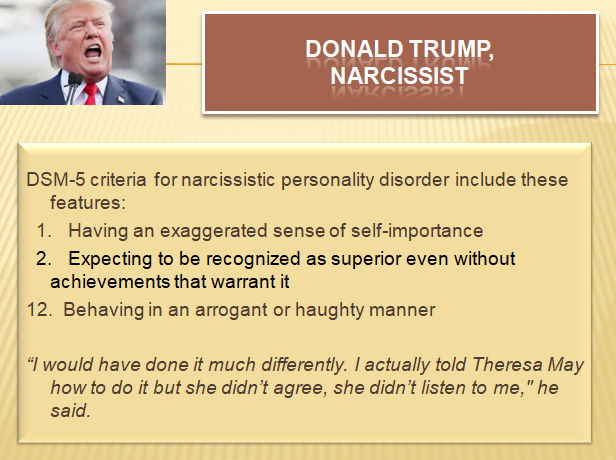 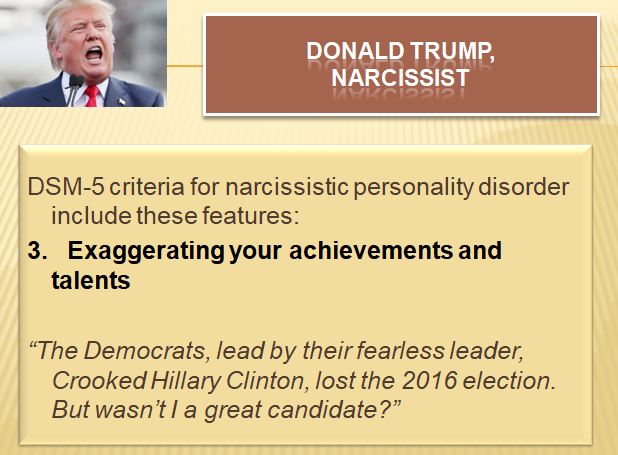 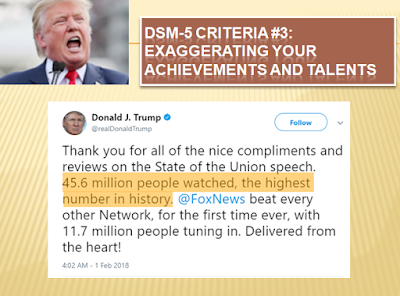 The television audience was also smaller than the one for President Barack Obama’s first State of the Union address in 2010, which had 48 million viewers.

Which to some might be "more money than they ever thought possible" but places a household of 6 below the federal poverty level, and at $14.42 per hour is not enough to afford the rent of a two-bedroom apartment. 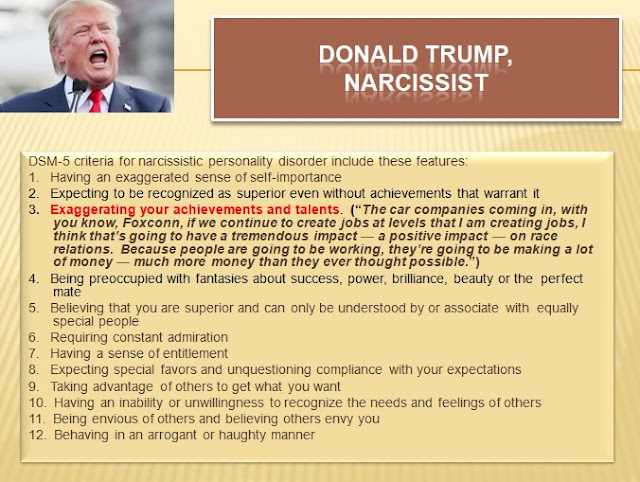 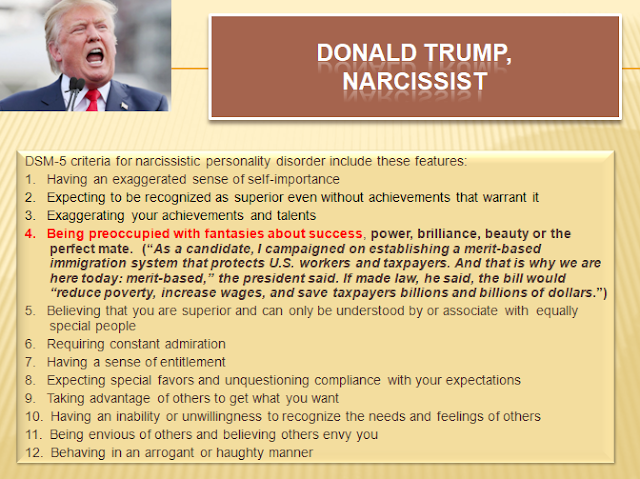 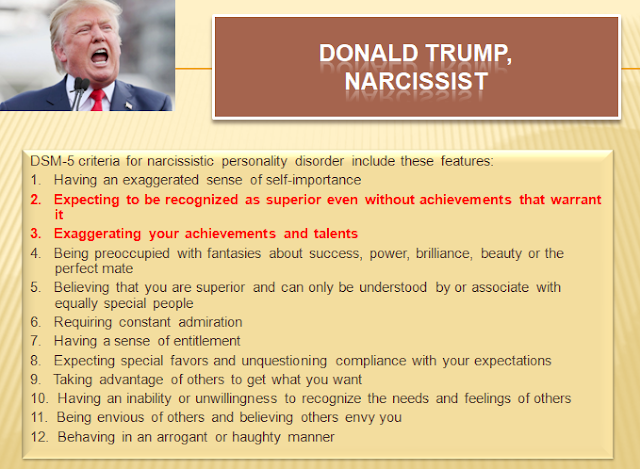 
President Trump boasted that the Boy Scouts of America called him to say his jamboree pep talk was by no means “mixed” — it was the “greatest.”

Except the Boy Scouts did no such thing, according to a source within the organization.

The Boy Scout source disputed that its leadership called Trump to praise the July 24 speech in Glen Jean, W.V., as claimed by the President in an interview with the Wall Street Journal. 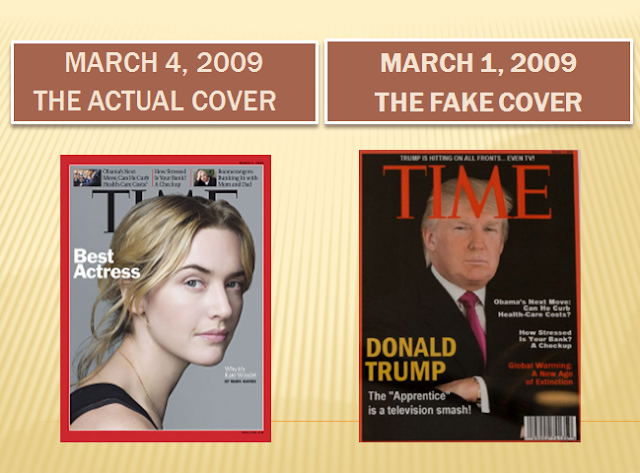 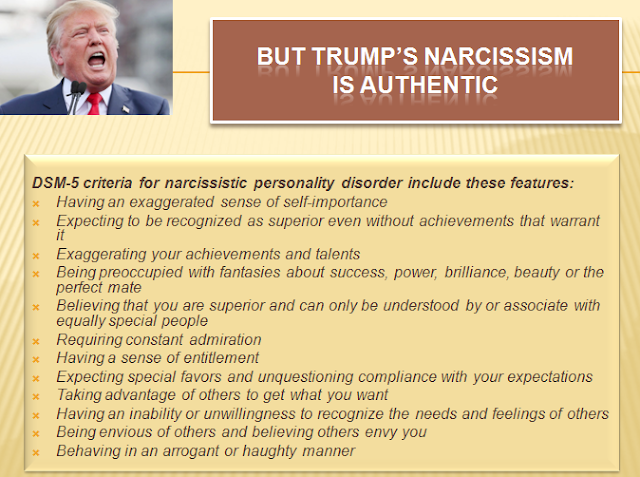 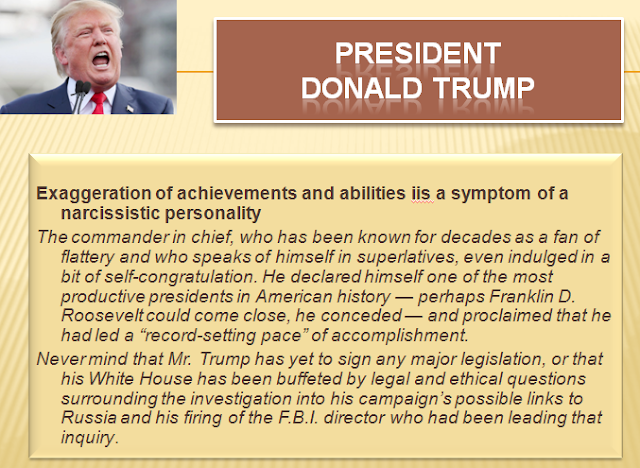 Related reading:
Understanding Trump's narcissism could be the key to opposing him.  (The Guardian, 2/17/2017)