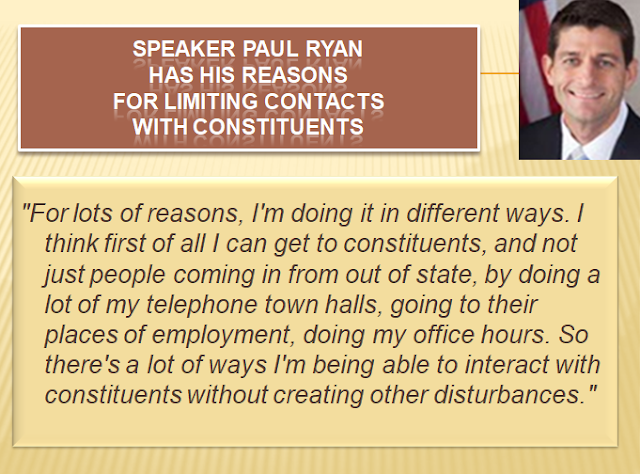 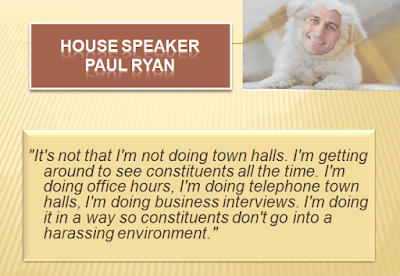 In other words, he prefers to select the people with whom he wishes to meet and, as much as possible, control the environment.

About those office hours...

Melissa Byrne of UltraViolet was allowed in to speak to two women who appeared to be from Ryan's staff. She asked to speak to Ryan on the phone or to set up a meeting with him, but staff members refused, she said.