The job hunt: This is the level to which most American workers have been reduced 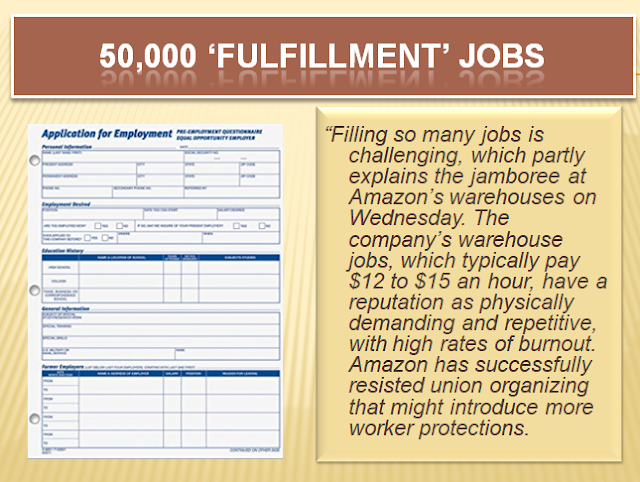 
But there are questions about how long Amazon’s fulfillment jobs will exist, as robots and other forms of automation become more capable at doing the jobs that now require humans.

Amazon is more aggressively using robots to help make the operations inside its warehouses more efficient. For now, the company said machines are not replacing people. Instead, they mostly move large shelves of merchandise to stations where orders are manually picked.

Many academic researchers and start-ups are working on robots that have the dexterity to pick orders automatically. Amazon sponsors a competition to encourage engineers to build more advanced warehouse robots.


Married?  Have a couple of kids?  Better hope that both you and your spouse/partner get one of those Amazon jobs.  Fulltime employment at $12 per hour will put you just $360 above the federal poverty level for a 4-person household. 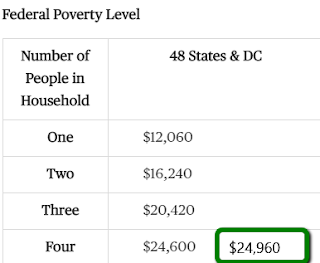 So what's with all this celebratory media coverage about the Amazon Job Fair?  It just shines a light on the very sad state of labor in the U.S.