UPDATE: The lingering stench of Tom DeLay was even too much for the Freedom Caucus to tolerate

The appointment merits a 24-word press release from the office of Ohio Rep. Jim Jordan.

The hire means the Freedom Caucus has officially passed on hiring Ed Buckham, a controversial former top aide to Tom DeLay and central figure in the Jack Abramoff scandal. 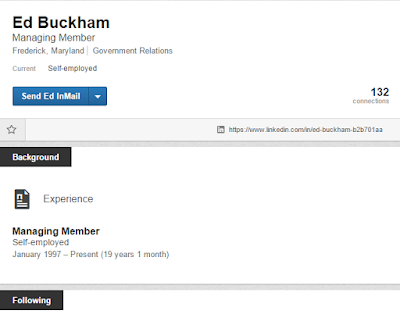 
Ed's got quite a history with Tom DeLay.  Their relationship began when DeLay chaired the Republican Study Committee, a conservative group that predated the Freedom Caucus. Buckham eventually rose to become DeLay’s chief of staff and top political adviser, and he was often described as the “gatekeeper” for the powerful Texas Republican. 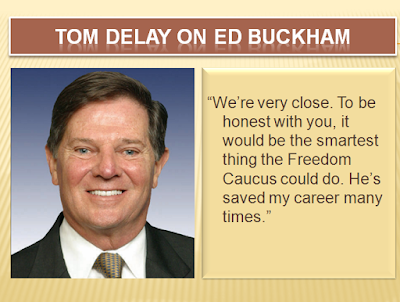 Not this particular time.

But when you're a rich, connected sleazeball in high places, things often turn out your way.

He didn't serve a day in prison.