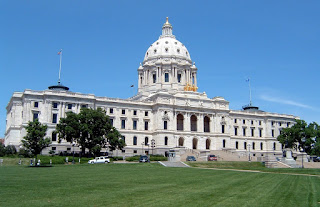 Excerpt: Police union lawyers argued that it should be removed because it lists names of officers still operating undercover.

Bud Shaver, chairman of the advisory board of the disbanded Strike Force, asked LaFleur to take the 40-page report off the website. When LaFleur said she would not, Strike Force Advisory Board attorney Kori Land called and wrote her. St. Paul Police Federation lawyers also tried to force LaFleur to remove the names and were unsuccessful in getting Attorney General Lori Swanson and the Legislative Coordinating Commission that oversees the library to intervene.

Swanson's office said it has no authority over the library and the commission backed LaFleur. The report is still on the library website at www.leg.state.mn.us/lrl.