Terrorism is in Lamar Smith's vocabulary but not lesbian, gay, bisexual, and transgender 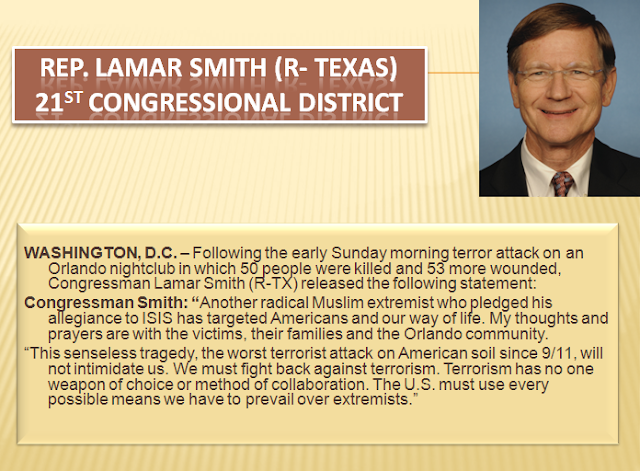 Source:  Congressman Lamar Smith
Press release:  "We Must Fight Back Against Terroriam",

But then, why should we expect anything else from this homophobe?


Same-sex ``marriages'' demean the fundamental institution of marriage. They legitimize unnatural and immoral behavior. And they trivialize marriage as a mere ``lifestyle choice.''

The institution of marriage sets a necessary and high standard. Anything that lowers this standard, as same-sex ``marriages'' do, inevitably belittles marriage.  (As quoted in "Homophobia for Posterity", American Prospect, 2/24/2011)

For Lamar, it's all 'they' and  'them' references.