Does Your Library Have Enough Room for its "People Collection"? 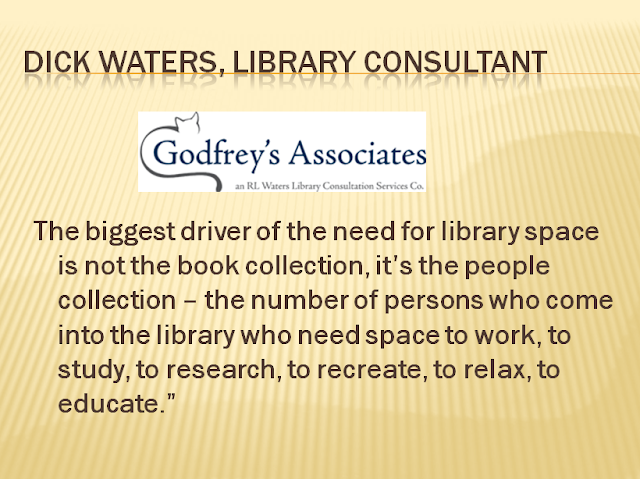 1962.   The Round Rock Ladies Home Demonstration Club decide that the city needs a library. They organize a group of private citizens into the first Round Rock Public Library Board. Two years later, a new library opens in a remodeled automobile showroom.

1977.   The City of Round Rock assumes ownership of the library.

1979.   The library is relocated to a temporary building.

1980.   A $0.5 million two story structure is dedicated on the original site.  (Library on the first floor, city council chamber on the second.)

1986    The need for more space requires that the building be renovated.

1998.   Construction on the addition begins in March.

And the community's growth continues apace. 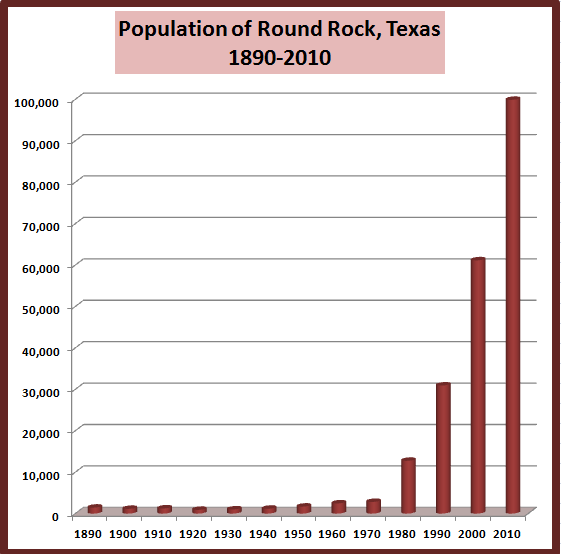