Keeping Up with the Pomona Public Library Crisis 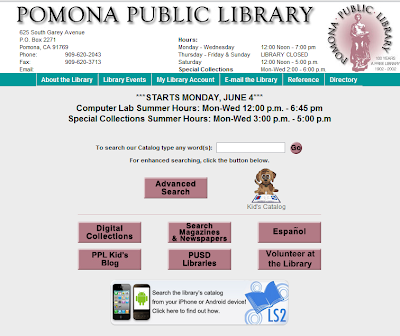 Opinion aplenty of how to save Pomona library.  (Inland Valley Daily Bulletin, 7/8/2012)

Excerpt:  Ideas for saving the Pomona Public Library range from placing containers in businesses where customers can drop in donations to the placement of a tax on the November election ballot.

Those ideas and others in between are some of the strategies a group of residents, business people and representatives of academic institutions from around the city are developing in an effort to keep the library's doors open.

Councilwoman Paula Lantz put out the call for volunteers after a proposal went before the City Council calling for a year-long temporary closure of the library beginning in mid-August as a way for the cash-strapped city to save money.

"I just felt like someone needed to pull the community together," Lantz said.

Her invitation has consistently draw more than 50 people to meetings taking place at 10 a.m. Monday mornings in the library's public conference room.

Excerpt:   The library Board of Trustees voted 5-1 on Saturday to recommend that the City Council place a tax measure on the November ballot to raise money for the library.

Board Chairwoman Diana Butcher said after the special meeting to discuss funding for the Pomona Public Library that she was pleased with board's action.

"I think it's a good start," she said. "It provides some structure to work from."

The library is a critical resource that many people in the city rely on," she said.

"I think it's very important that as a city we address the value of our library," Butcher said.

The board's recommendation is expected to come up at Monday night's council meeting when the council takes up a discussion on potential tax measures, said City Manager Linda Lowry after the Saturday meeting. 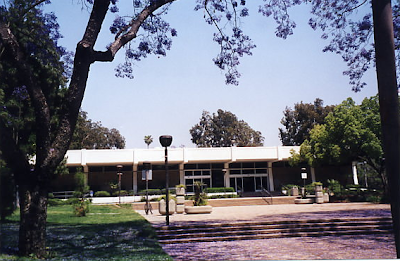