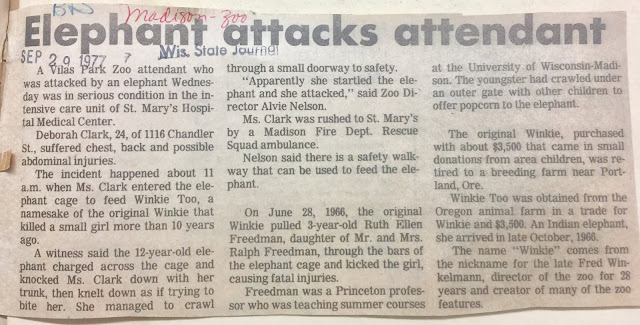 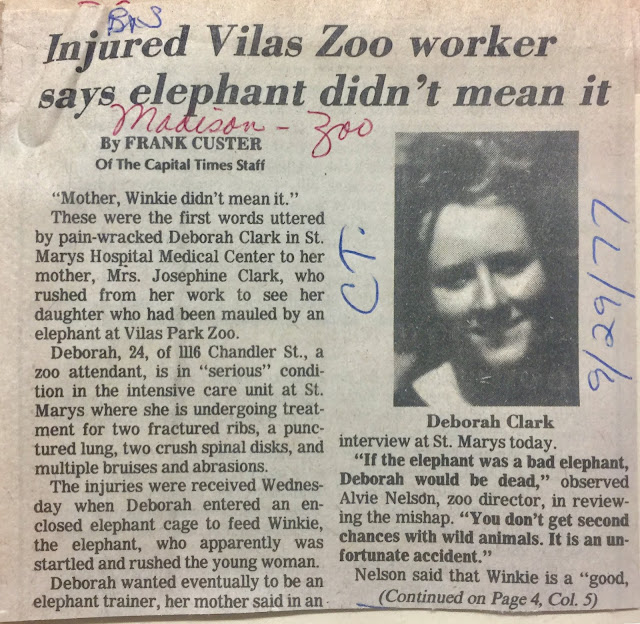 Back to Pittsburgh....
Pittsburgh zoo drops accreditation due to disagreement over elephant handling.  Pittsburgh Post-Gazette, 8/16/2015)


68 U.S. zoos with elephants are accredited.  The AZA, the largest and oldest accrediting organization for zoos and aquariums in the U.S. and seven other countries, issued a statement saying it was “disappointed” the Pittsburgh Zoo “decided their status quo was preferable to complying with the AZA’s more rigorous occupational safety standards related to caring for elephants.”

The AZA revised its elephant management policy guidelines for safety reasons in 2011, and again in 2012, to limit the unprotected or “free” contact that human keepers have with elephants. To allow zoos time to build adequate barriers needed to implement the protected contact policy, implementation of the policy is scheduled to begin in June 2017.

Pittsburgh Zoo was kicked out of important conservation programs when it left national association.  (Pittsbrugh Post-Gazette, 11/12/2017)


But another, little-discussed side effect was that the Pittsburgh Zoo could no longer be automatic members in some Species Survival Plan programs — a step that led to losing the king penguins and river otter. That occurred two years ago.