"Keith Best is no longer an employee of the state Assembly," Beyer said by email. "He elected to retire following the representative’s concerns over his unauthorized tweet." Best was paid $52,000 a year before he relinquished his job. He had worked for the Assembly for four years, according to Assembly Chief Clerk Patrick Fuller.

Apparently, there are no plans for a retirement party.

Nobody forewarned her about this clown? 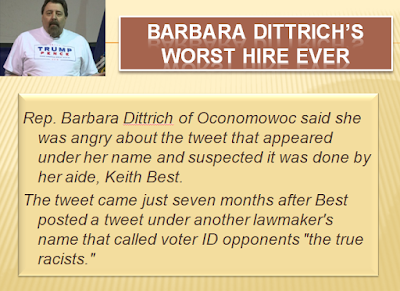 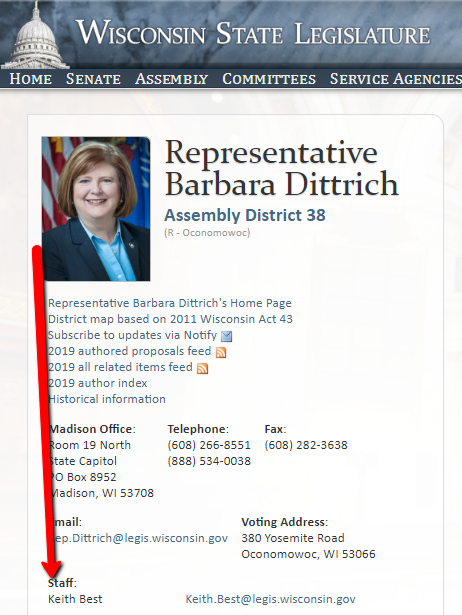 Well, first of all, Tom Weatherston has just one staff member in his office. 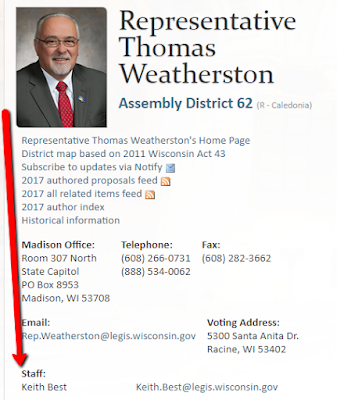 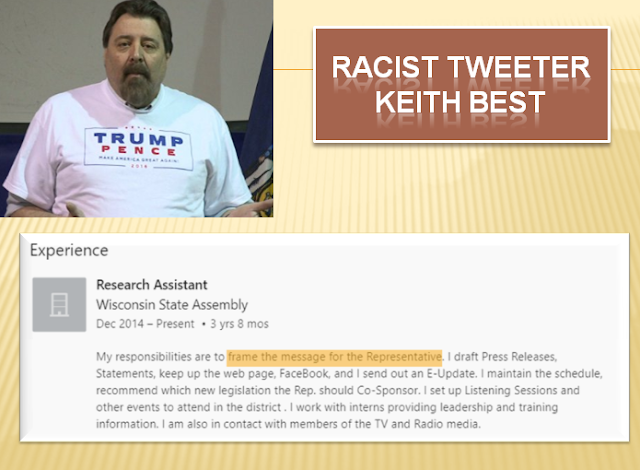 Photo and experirence found at FoxNews 6 and LinkedIn 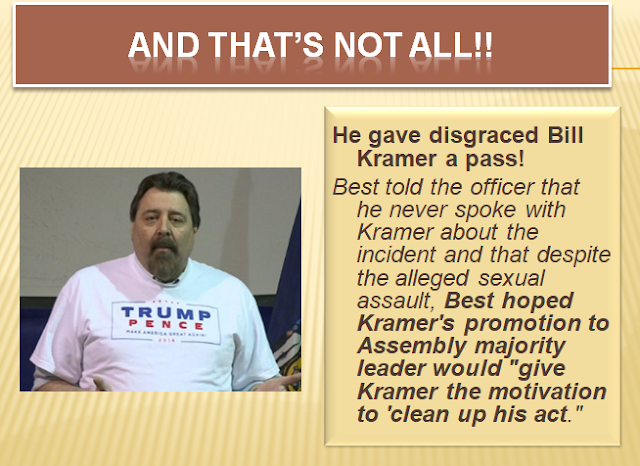