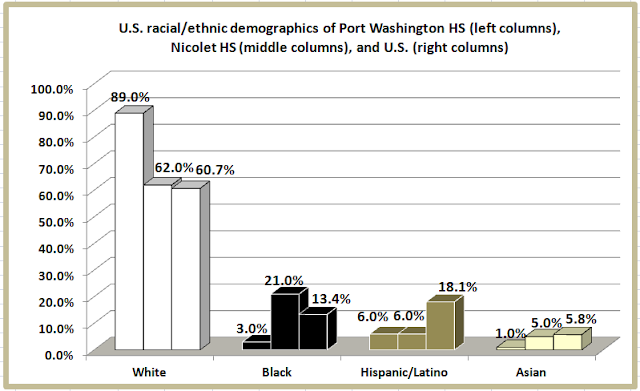 
During a boys basketball game Wednesday, dozens of Port Washington High School students held a photocopied image of Nicolet standout Jalen Johnson that made it appear he was wearing blackface.

Later Thursday the Port Washington school district issued a statement in which Burke furthered expressed "strong disappointment" in the incident. He also said one student had been suspended for his role. Burke also expressed disappointment that a parent had been involved in the printing of the signs.