And guess what?!  Kevin's sugar daddy Richard Uihlein is a big contributor to the Heritage Foundation. 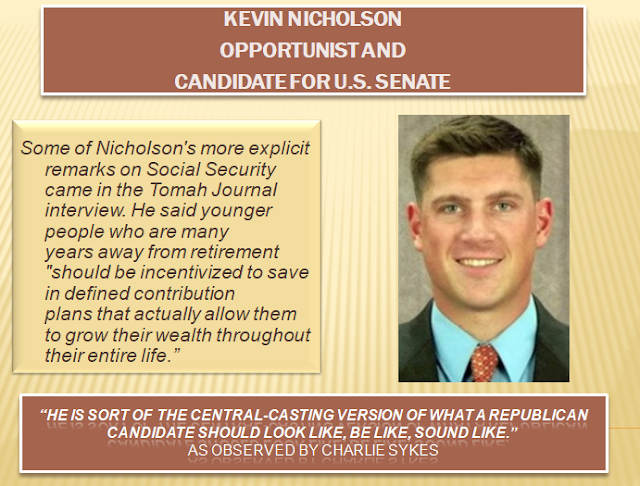 Let’s see.   What, at a minimum, might get in the way of this incentivizing? 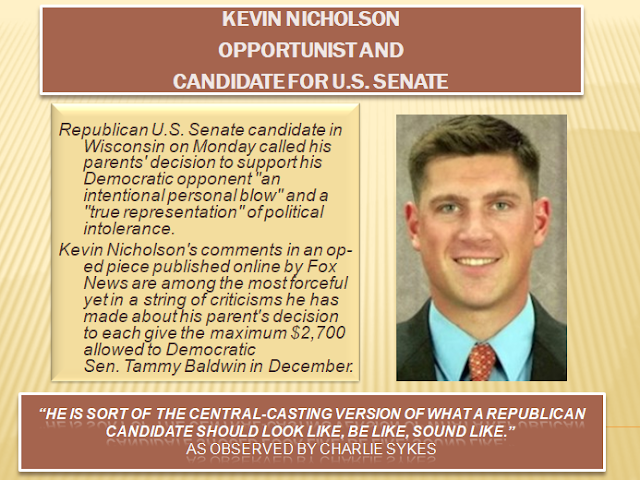 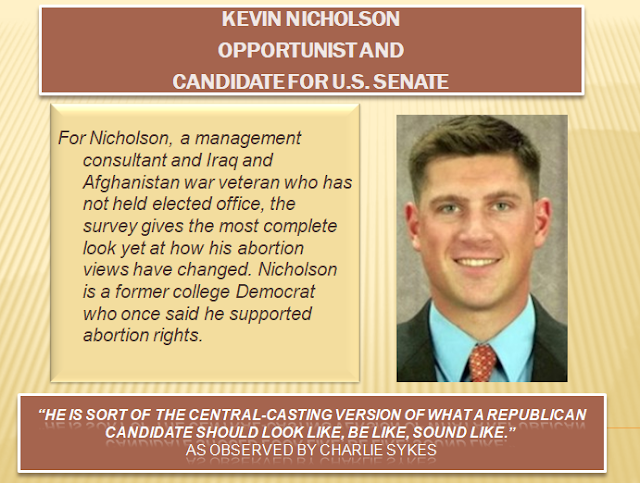 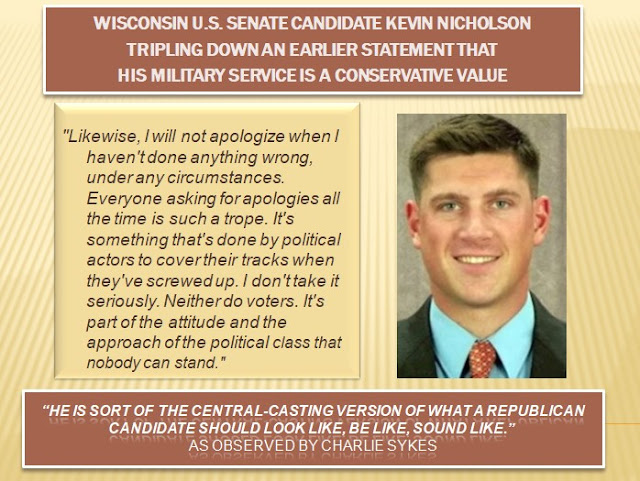 Likewise, I'm sure, voters can't stand a big phony.  Even members of his own party have taken him to task. 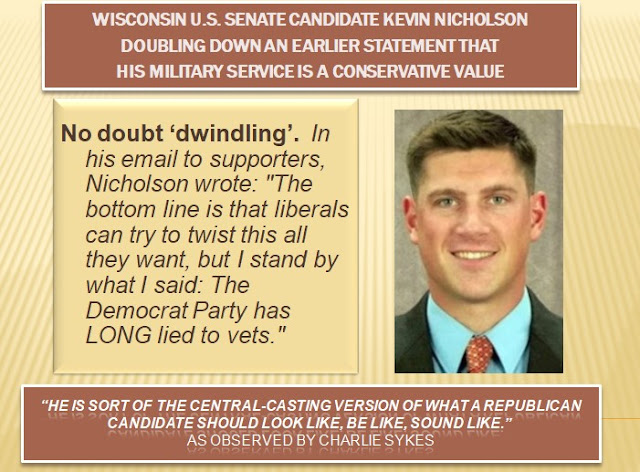 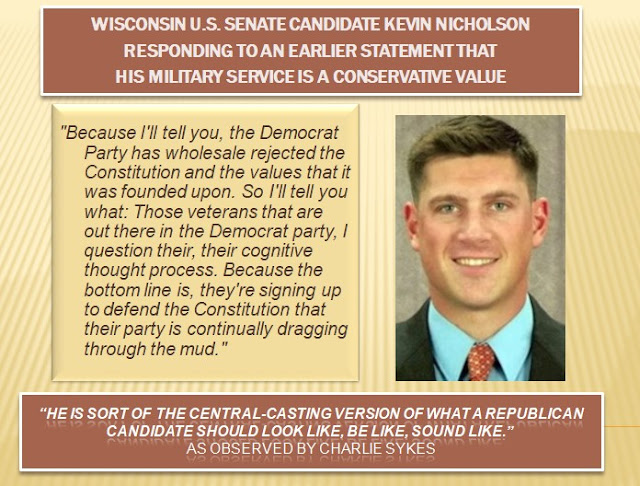 Other prettyboy posts:
UPDATE. Kevin Nicholson's opportunism, self-interest, and expediency in full flower at Koch Brothers sponsored GOP debate.  (4/27/2018)
UPDATE. Kevin Nicholson, in dark suit and white shirt and maroon tie, and Leah Vukimir, in red suit and white shell, clash but don't clash at debate.  (4/27/2018)
Dear Kevin Nicholson, Running for U.S. Senate as a Trump fanboy is not a savvy strategy in the collar counties.  (4/11/2018)
Posted by Retiring Guy at 9:02 PM