From the above-cited article.  Before the close, the debate ran along rather sedately for 55 minutes. The event was sponsored by Americans for Prosperity, which is part of the political network associated with industrialists Charles and David Koch.

Nicholson and Vukmir are seeking the state party endorsement at the May 12 Republican Party of Wisconsin convention.

3/3/2016 update, "In what might be a first, Rebecca Dallet and Michael Screnock do not clash during a debate", starts here. 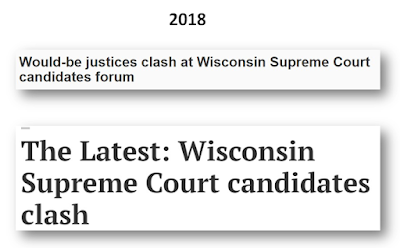 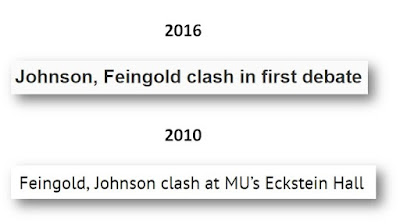 But Shilling looks far more formidable than she was in 2011. She has served on the Legislature’s powerful budget committee and became Senate minority leader last year. She has stayed scandal-free and has built up such a reputation among Democratic circles that she’s been mentioned as a possible 2018 gubernatorial candidate. 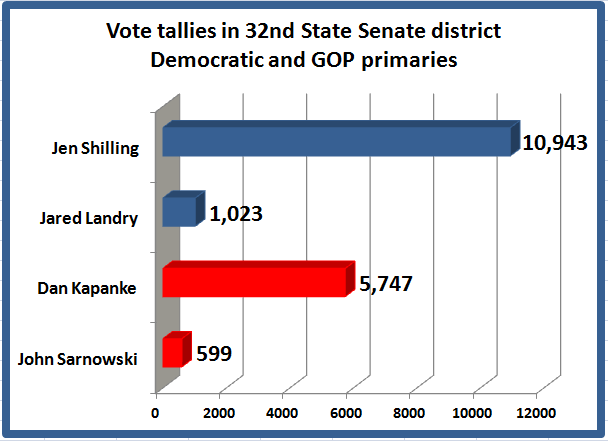 The verb continues to get a major workout.

Actually, folks, everybody doin' it.

CLASH.  A workhorse of a verb when it comes to presidential debate headlines!