Rudy Guiliani trots out the Nils Lofgren defense: Collusion: "It's not a crime" 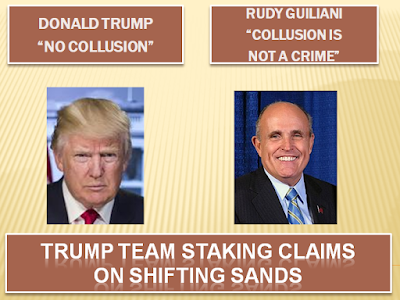 How Trump Allies Shifted Their Defense as Evidence of Contacts With Russians Grew.  (The New York Times, 7/30/2018)