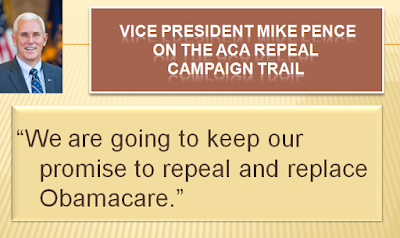 “Working families in Wisconsin, who are already struggling to make ends meet, will be especially hard hit by this partisan legislation," U.S. Sen. Tammy Baldwin (D-Wis.) said in a statement Saturday. "Vice President Pence needs to explain to Wisconsin families why he wants Washington to make them pay more for less care and increase the number of people who are uninsured.”

“If you are struggling with health care costs, this legislation will raise average premiums next year. If you are older, you will pay an age tax, and if you have a pre-existing condition, the guaranteed protections and care that you have today may not be there tomorrow,” Baldwin said

What Mike Pence did is not what Jane Blain Gilbertson said he was going to do.  Guess he missed the email. 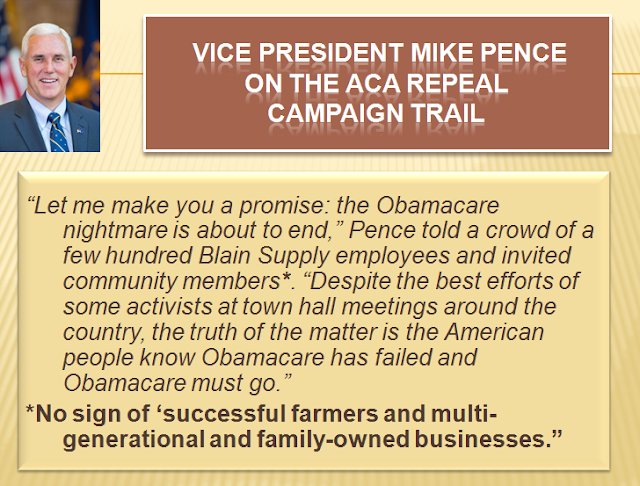 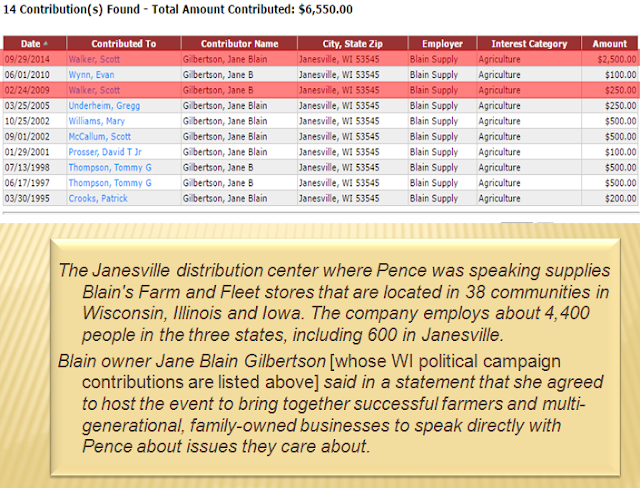 Robert Blain is much more generous, a total of $10,000 to Scott Walker.