Mike Pence should dedicate this song to Donald Trump. 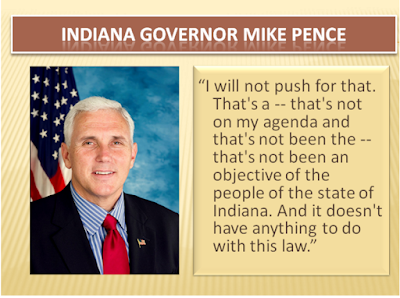 On the right to discriminate (a.k.a. "religious freedom") 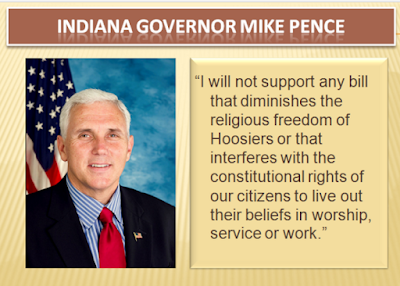 
Mr. Pence, a favorite of religious conservatives who twice considered running for president, has risen in Mr. Trump’s circles in recent days as a possible nominee. Mr. Trump’s aides have started vetting him, one of the people briefed on the matter said. 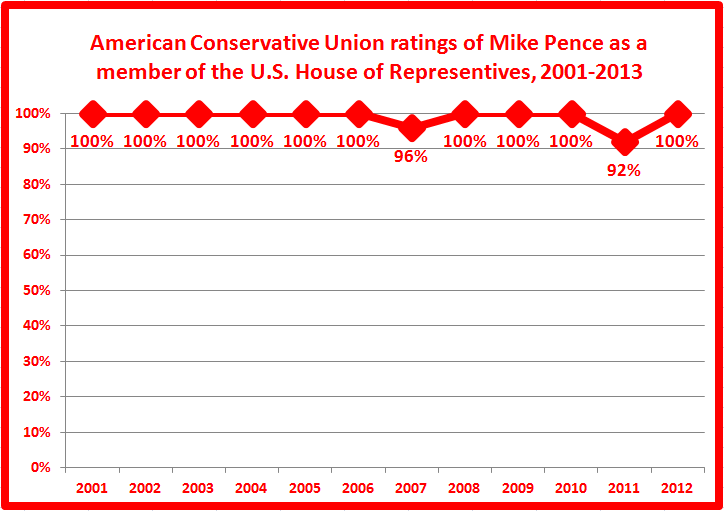 Even billionaire businessmen have to grovel every now and then.  Mr. Pence is being courted by all three Republican candidates ahead of Indiana’s primary on May 3. Ted Cruz will meet with Mr. Pence on Thursday, and he is sit down with Ohio Gov. John Kasich next week, Ms. Brooks said.

The Company He Keeps.  "This state owes a debt of gratitude to Eric Miller and Advance America for making this state a better place for the common sense and common values that make this state great.  Can we show him how much we appreciate this great man?"

Three of the lobbyists who pushed hardest for last year's gay marriage ban — Micah Clark of the American Family Association of Indiana, Curt Smith of the Indiana Family Institute and Eric Miller of Advance America — were among the 70 to 80 guests invited to the private bill signing.