If you ask Scott Walker about his presidential campaign funds, expect an automatonic response 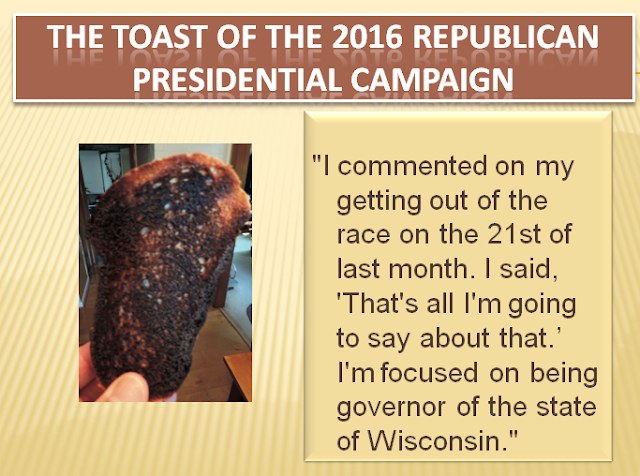 Variations on a theme:

On our first day of travel, I want to take an opportunity to share with you the whirlwind that has been the last 24 hours. We started out our day practicing our remarks, while Dad met with several reporters.*  [emphasis added]


*The first 2 sentences of "Announcement Day", the first post on the Walker sons' campaign blog, The Trail.   This one is written by Matthew.