That's where he finds his religion. 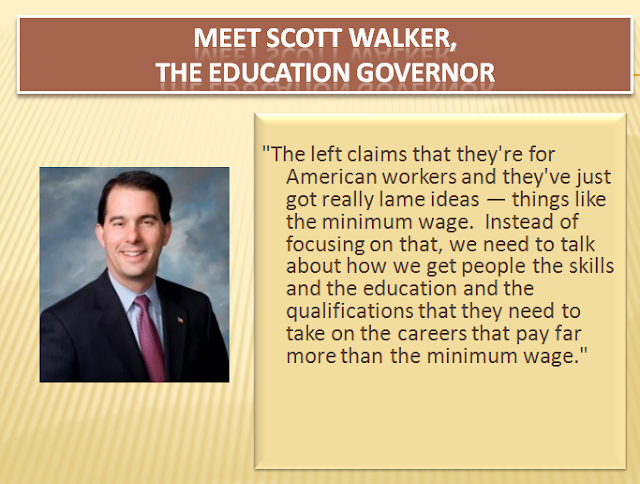 And the work continues apace.

The dust has settled.


When the dust settles, Wisconsin could be looking at the largest cut in the country. The state is facing a potential $150 million cut in state funding for the UW System each of the next two years.

The claim is 'mostly true'.