Excerpt: Marathon County will consider increasing its tax rate to plug a deficit that more than doubled to $1.1 million as a result of stifled property values.

The county this month learned that its equalized value -- the estimated value of all taxable land and personal property in the county -- dropped by 1.28 percent. That means the county in 2012 will collect $617,000 less in property tax revenue than this year if it keeps its current rate of $5.17 per $1,000 of assessed value.

Some Marathon County Board members, including John Durham, think the county has no other choice but to raise taxes.


The chair of the county's Finance, Properties, and Facilities Committee still wants the County Executive to prepare a worst-case-scenario budget, i.e., one with $1,100,000 in cuts.  A tax increase at the maximum amount permissable by current state law would still leave a deficit of between $100,000 and $125,000, according to the county's Finance Director. 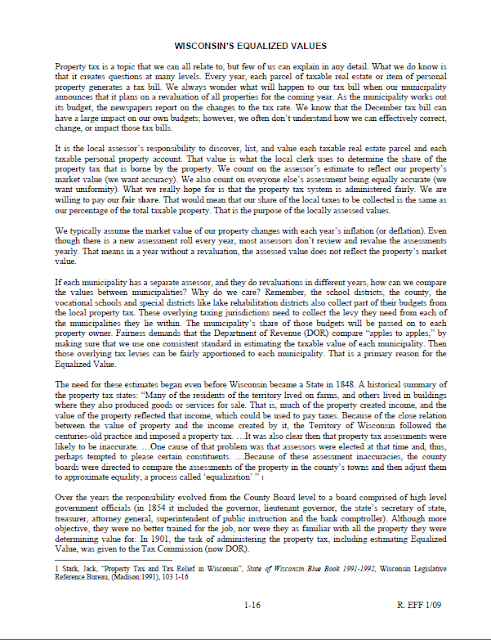