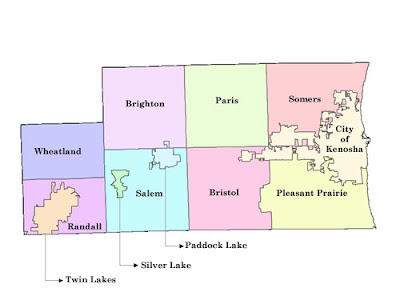 Excerpt: The only director the Community Library System has ever known was demoted Monday by the Library Board.

Mary Ellen Close, director since the district was formed nearly 26 years ago, who was instrumental in its creation, was reassigned to the circulation desk with no cut in pay or benefits.

It’s just time for a change,” Library Board member Ken Mangold said Tuesday, adding he could not comment on what was discussed in closed session. “We’re moving forward in a positive direction.”

Mangold made the motion to demote Close after Library Board members Dale Baughman, who represents Paddock Lake, and Lois Sokolski, who represents Silver Lake, resigned and left the meeting in disgust.

“I felt what they were doing was wrong,” Sokolski said Tuesday. “I do not want to be associated with people who would do something like that to her (Close).”

Sokolski said Close has worked tirelessly over the years and said the board was “acting like a kangaroo court.”

“It got to the point I just couldn’t listen to it anymore,” Sokolski said. “I resigned.”

The board voted 6-2 in favor of the motion to reassign Close. Joining Mangold in favoring the reassignment were Patrick O’Connell, who represents Salem; Irene Swan, who represents Randall; Crysti Neumann, who represents the Central High School District; and Twin Lakes representatives Sharon Bower and Michael Mahoney.
Posted by Retiring Guy at 6:31 AM