GET ME REWRITE: U.S. District Judge tells David Steffen to stop clowning around 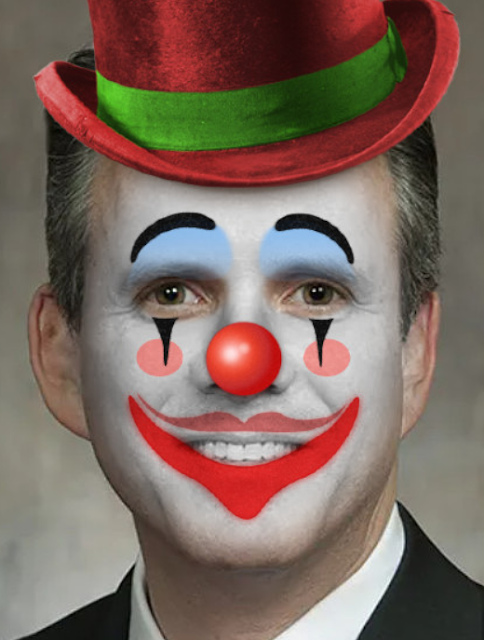 A federal judge on Monday rejected the underpinning of a lawsuit seeking to undo election results brought by two Wisconsin Republicans and others, writing that it was riddled with errors, unserious and brought in bad faith.

The lawsuit by state Reps. David Steffen of Howard and Jeffrey Mursau of Crivitz, among others, is rife with so many problems that their lawyers may need to be sanctioned professionally, U.S. District Judge James Boasberg of Washington, D.C., wrote.

He noted the attorneys had not served the lawsuit on its numerous defendants, even after Boasberg reminded them they needed to do that. 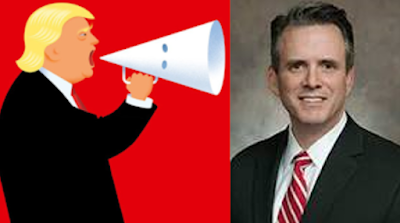 Last month, Steffen was re-elected to a 4th term by his narrowest margin of victory yet.  So what makes him think he can go all stone-cold, Trump Cult crazy on his constituents. 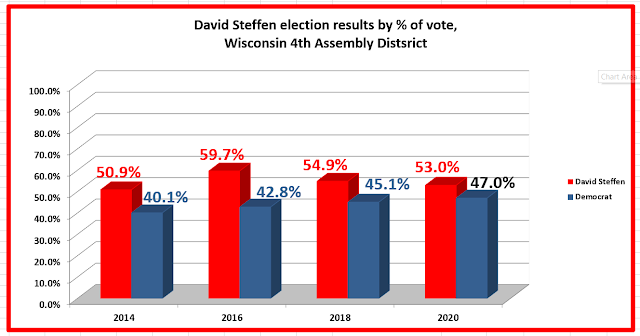 David Steffen (R-Green Bay) was first elected to the Assembly in November 2014.  In 2018, he was re-elected to a third term by the narrowest margin in the 4th district since GOP gerrymandering went into effect.  (9.8 percentage points) 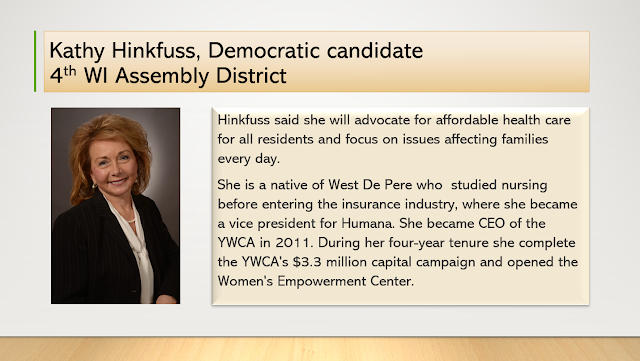 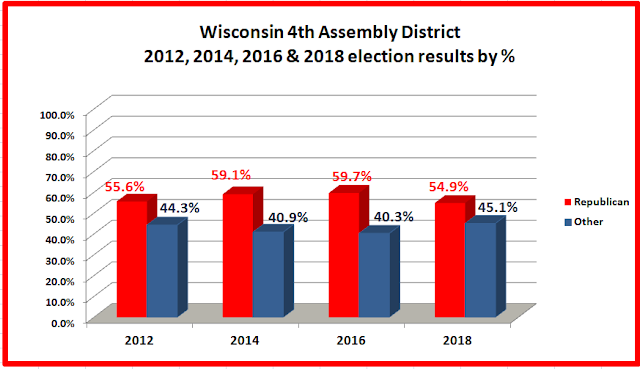 Steffen's margin of victory in his 3 elections:


The art of the Wisconsin GOP gerrymander 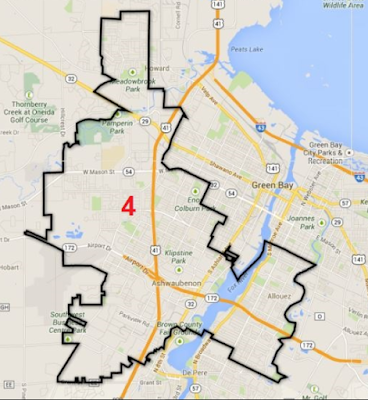