No fingers were reported smashed in the process.


Shawano County paid the Brown County Public Library $58,000 this spring and will pay $53,000 next March.  Some Shawano County officials are now wondering about the possibility of a consolidated county library.  The Shawano City-County Library operates as a joint library under Wisconsin State Statutes 43.53.

Kewaunee County's 2 most recent payments total just under $105,000.  Residents have been encouraged to use the county's two public libraries, Algoma and Kewaunee. 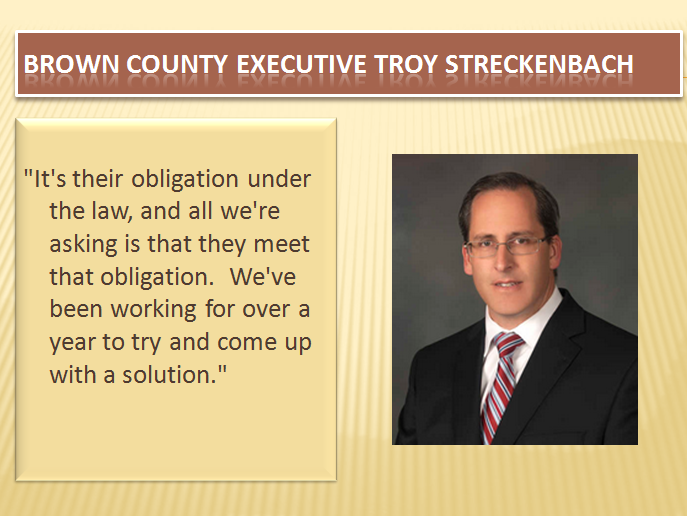 Bringing us up to date


Outagamie supervisors voted 31-3 in October to reject a settlement offer from Brown. Guidote could not be reached for comment Thursday.

A 2006 amendment to a state law allowed counties with 500,000 or fewer residents to bill adjacent counties for library use — provided those counties don't have consolidated public libraries and residents don't pay a county tax to maintain a library. That means Brown could bill Calumet, Kewaunee, Manitowoc, Oconto and Outagamie counties, and those counties couldn't bill Brown.

Brown began billing in 2011, sending invoices totaling $251,258 that year to five counties including Outagamie. The other four — Calumet, Kewaunee, Manitowoc and Oconto — paid up.