In the spring of 2014, I first visited Klein's after the lamented passing of Johannsen's the previous fall.  The old-school ambiance of its interior spaces made it somehow feel as though, rather than being razed, Johannsen's had been magically transported from the Beltline and Todd Drive to the 3700 block of East Washington. 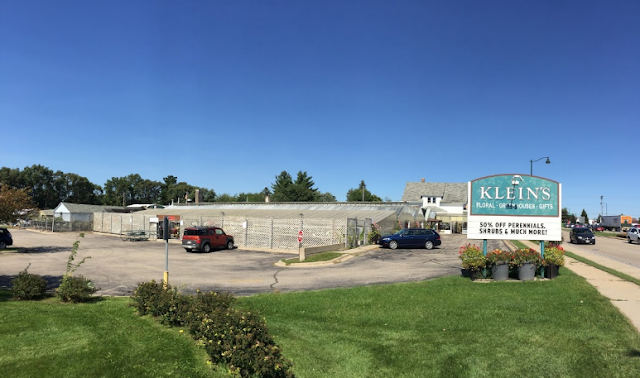 
Under the proposed plan, the four- to six-month project would begin in June 2017, after the spring sales rush where the month of May accounts for half of the company’s business. A temporary structure would be built to keep the business open through the summer and fall, Klein said.

I don't make that many falls visits to nurseries, so I was surprised to see so many fall annuals in stock.  My purpose on this particular day was to take advantage of the 50%-off sale of perennials.  I found 8 plants, paid $40. 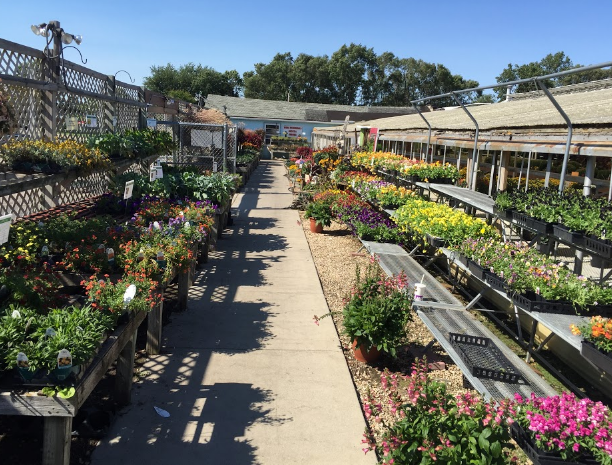 A view from inside a section of the greenhouse. 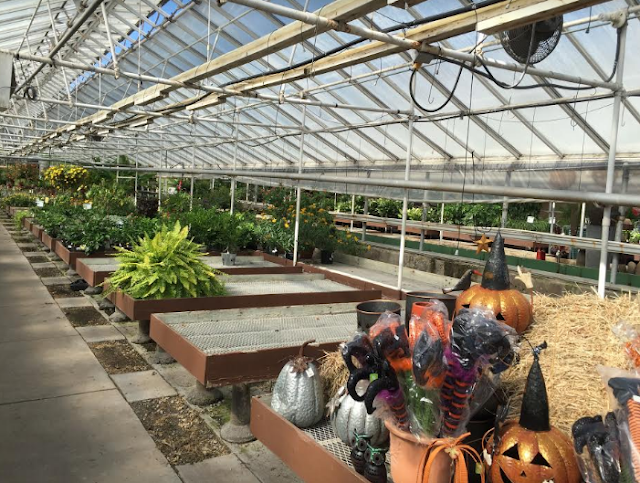 Compared to the Bruce Company, Klein's is considerably out of my way, but it helps that one of my Dane County Board committees meets on the southeast side of Madison, which makes is easy to swing by here on the drive home.