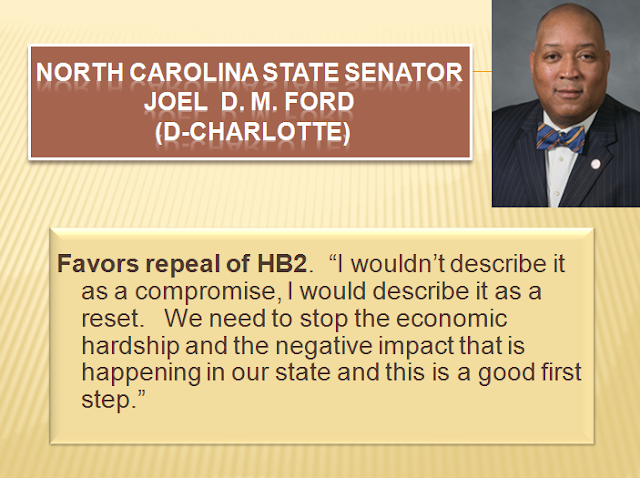 
Naturally, Republican legislators are delighted with this proposal.  But repealing the Charlotte ordinance, which broadened LGBT protections before it was nullified by HB2, would meet resistance. One gay rights spokeswoman Friday called the proposed compromise “the same cheap trick” lawmakers have floated before. It’s unclear whether the council would have the votes to repeal its ordinance.