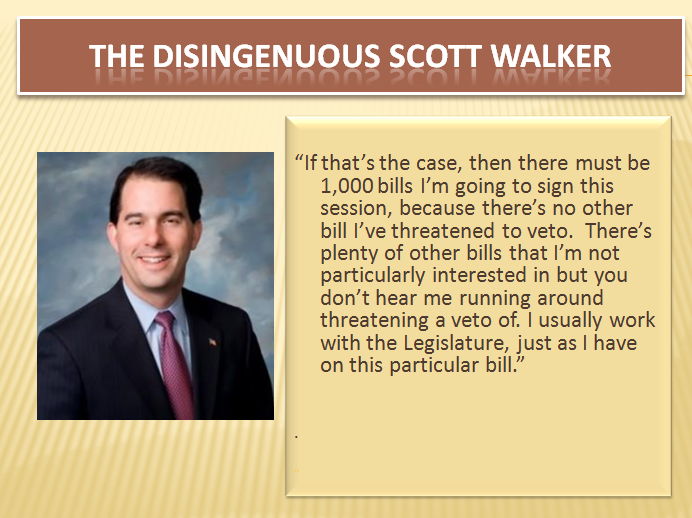 1,000 bills?   Not likely, based on the previous legislative session.

Here's a recent report (the week of December 22, 2014) from the Legislative Reference Bureau.


The Legislature is not expected to return to business until the new session begins in January 2015.

The Legislature concluded the last general-business floorperiod for the 2013-14 session on April 1. Governor Walker signed 380 bills into law during the 2013-14 Session, four of which were vetoed in part. One bill was fully vetoed. All bills passed by the Legislature have been acted on by the governor.  (emphasis added) 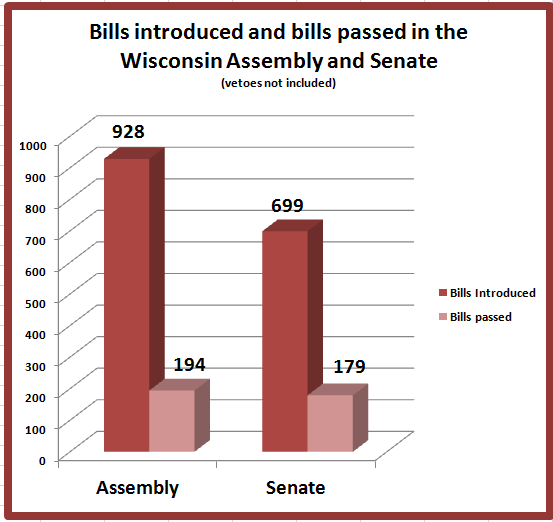 Source:  Status of Business in the Legislature

Here's a partial list of those bills Walker signed in 2013-14 that he conflates with right-to-work legislation: