KC Healthy Kids Needs to Work on its Timing 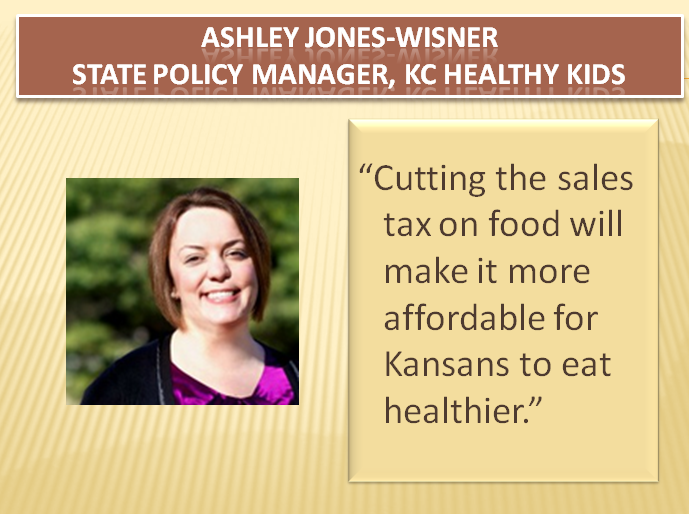 Some kids may eat healthier, but if their families participate in any state-funded health and human services programs, where's the gain?


Even in good financial times, legislators have rejected attempts to exempt food from the sales tax. It probably will be an even tougher sell in the coming session given the state’s mounting budget problems.

With a steep drop in tax collections due in large part to the income tax cuts championed by Republican Gov. Sam Brownback, legislators will be faced with the urgent task of cutting $280 million from this year’s already approved budget when they convene in January. They also must deal with a projected deficit in the neighborhood of $600 million as they craft the budget for the fiscal year that begins on July 1, 2015.

Exempting food from the sales tax would lower revenue collections by about $390 million a year.