While Mary Burke Campaigns for Governor, Scott Walker Continues to Run for President

Paying obeisance.  The host for the weekend activities is Republican mega-donor Sheldon Adelson, owner of the Venetian Casino where the meeting is taking place, and active in the Republican Jewish Coalition. Adelson and his wife gave $93 million to various groups and candidates in the 2012 election cycle, according to the Center for Responsive Politics, making them the biggest individuals financiers of outside groups,

Why is this man smiling? 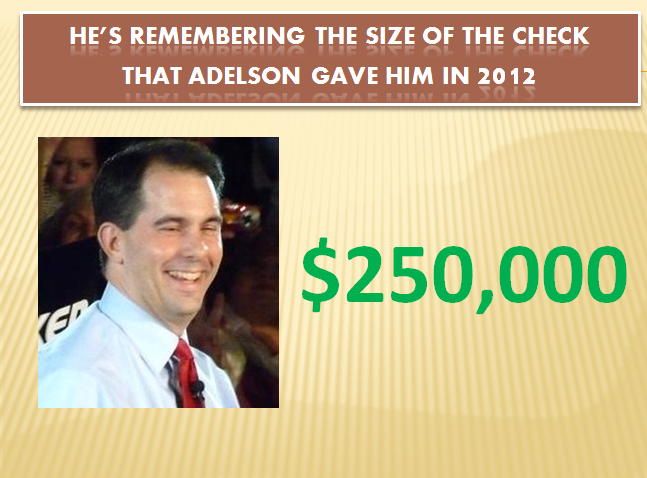