Sitting down with a champion of local control. The Washington Examiner spoke to Walker recently, and he offered his thoughts on how Republicans could stand on principle while advancing a reform agenda. The wide-ranging interview also delved into his upcoming re-election; the politics of Obamacare; his approach to the Medicaid expansion; and his views on America's role in the world. 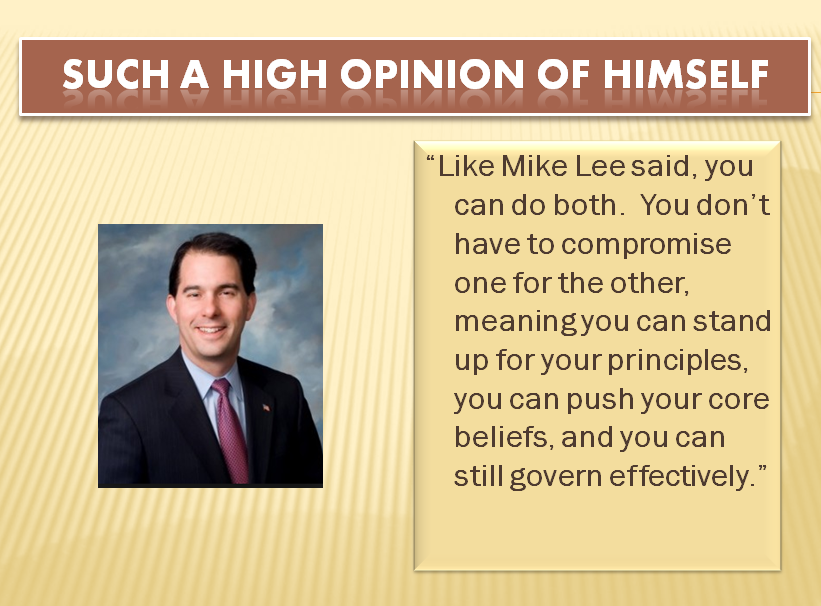 Danger, Will Robinson.  It's instructive that Walker mentions advice given to him by Sen. Mike Lee (R-Utah).  Get a load of the man's scorecard.