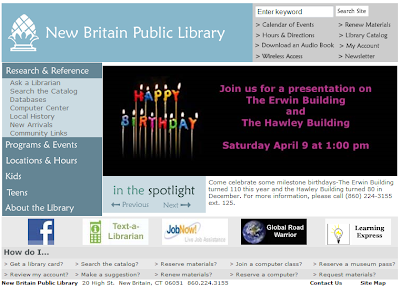 Excerpt: The library's main building opened in 1901 and was a gift from the estate of local industrialist Cornelius Erwin. He was co-founder of the Russell & Erwin Manufacturing Co.

Later, an adjacent building was added with a gift from Benjamin Hawley, who served as president of the same company. That structure, known as the Hawley Building, marked its 80th anniversary last December

Sorry, NBPL, but this is the #1 location on anyone's New Britain itinerary. 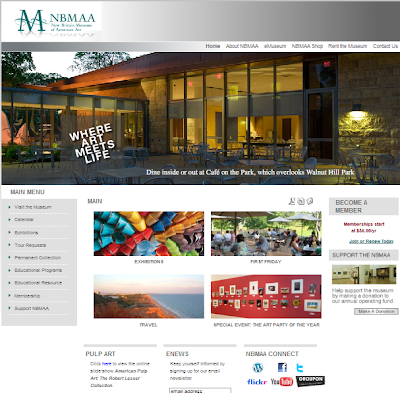