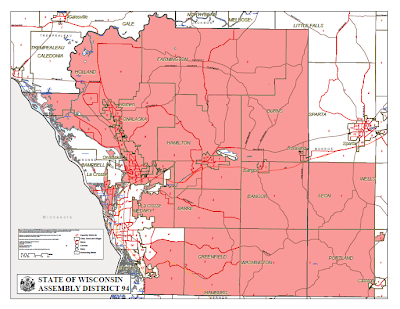 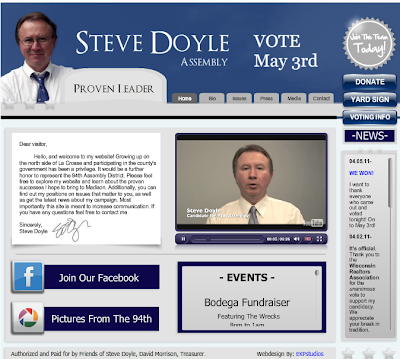 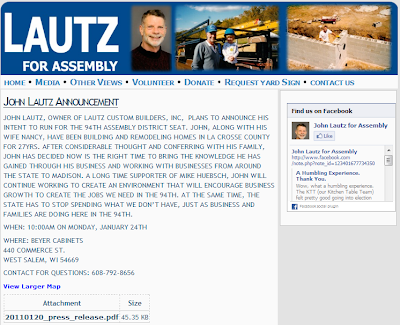 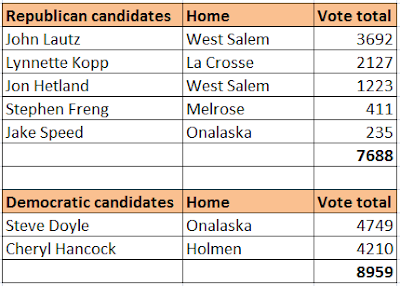 The Democratic candidates won 53.8% of the vote.  (So far, I haven't been able to determine how the 94th Assembly district voted in the Supreme Court race.  Overall, La Crosse County went solidly for Kloppenburg --17,379 to 12,124, or 58.2% -- but the 94th does not include the City of La Crosse.)
The seat was vacated when Gov. Walker appointed Mike Huebsch to be Secretary of the Department of Administration.
Huebsch was easily re-elected to the Assembly for the 8th time in November 2010.

But, as they say, that was then, and this is now.  (Steve Doyle currently serves as the La Crosse County Board Chair.)
Of the 3 open seats in the State Assembly, the 94th provides the Democrats with their best chance to register a gain.
Posted by Retiring Guy at 9:22 AM