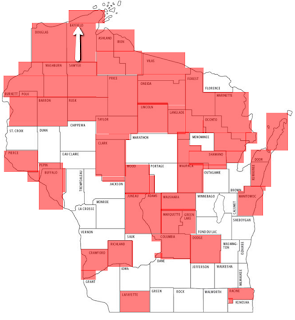 
During the last decades of the 19th century, the timber industry remained an important part of the economy of northern Wisconsin and helped to offset the economic impact of the declining mines. But the northern forests were leveled by the disastrous practice of clear-cutting, and despite extensive efforts to settle new immigrants on the so-called cutover lands, small farms, poor soil, and a short growing season conspired to keep agricultural productivity low. Northern Wisconsin did not fully recover from the effects of the mining boom and bust until the rise of tourism in the 20th century. 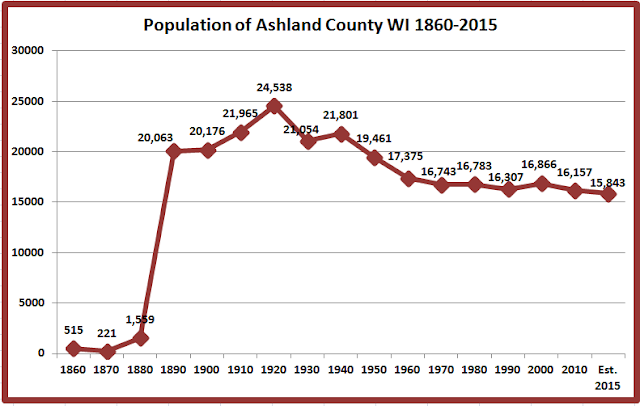 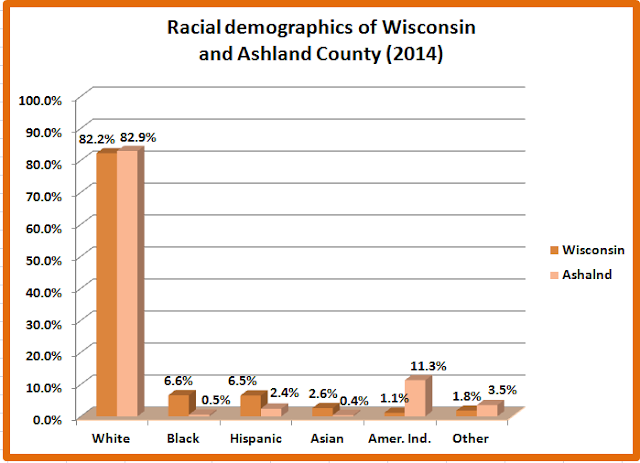 
Vierbicher telling the county what it wants to hear.  As a whole, Ashland County’s population base has grown in recent years but at a relatively slow pace compared to the statewide growth rate. Between 1990 and 2000, 559 residents* were added countywide. Three towns (Agenda, Jacobs, and Shanagolden) and the three municipalities (Ashland, Butternut, and Mellen) experienced a net population loss during this time period.

Over the next 20 years, all of the jurisdictions would like to experience a positive and sustainable growth rate. Some local jurisdictions need to do very little to meet their population goals given their comparative advantage in terms of housing market demand. Most communities though will need to be proactive and perhaps team with other like-minded jurisdictions in the immediate area to promote greater economic development along with residential development.


*Unfortunately, the positive growth rate was not sustainable.  Ashland County lost 709 residents between 2000 and 2010, and another estimated 314 since then.  I'm sure the county would like to have retained them all.