Rand Paul Wants to Have It Both Ways on Voter ID....and Does a Sloppy Tap Dance in the Process

At least according to a New York Times headline writer. 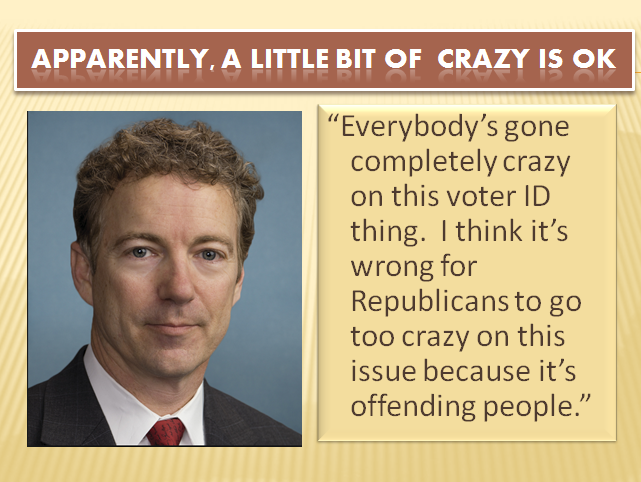 It's time to dust off the adage, "Actions speak louder than words."  The senator has had his own struggles with civil rights issues, hedging at times on his support for the Civil Rights Act of 1964. And, notably, he did not on Friday denounce voter ID laws as bad policy or take back previous statements in which he had said it was not unreasonable for voters to be required to show identification at the polls. He says these laws should be left to the states. (Kentucky does not have a restrictive voter identification statute.)

Next thing we know, Paul will be expropriating Bill Clinton's "I feel your pain."