Scene 1.  The 1900 original (groundbreaking took placed in the spring of 1899) and the 1960s "wrap-around" addition.  The photo looks as though it was taken in the middle of State Street on a very quiet day in downtown Oshkosh.  (You can read about the history of the Oshkosh Public Library here.) 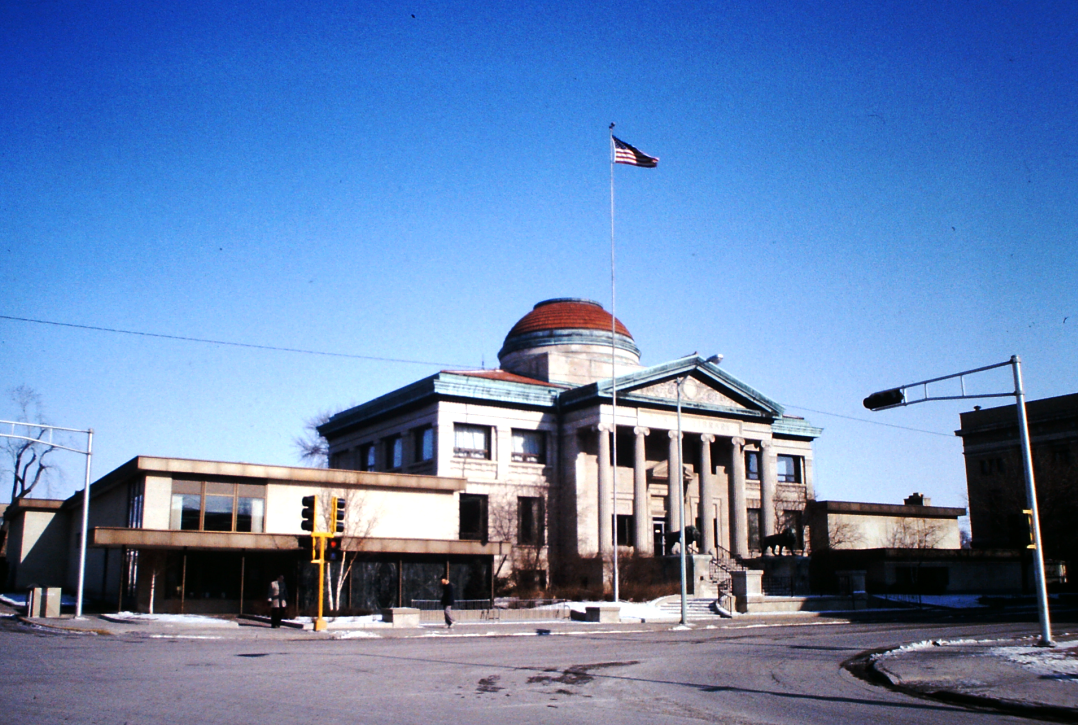 Scene 2.  A sideways view of Sawyer, with the First National Bank building looming in the background.   (You can read a commemorative history of the Oshkosh Public Library lions here.) 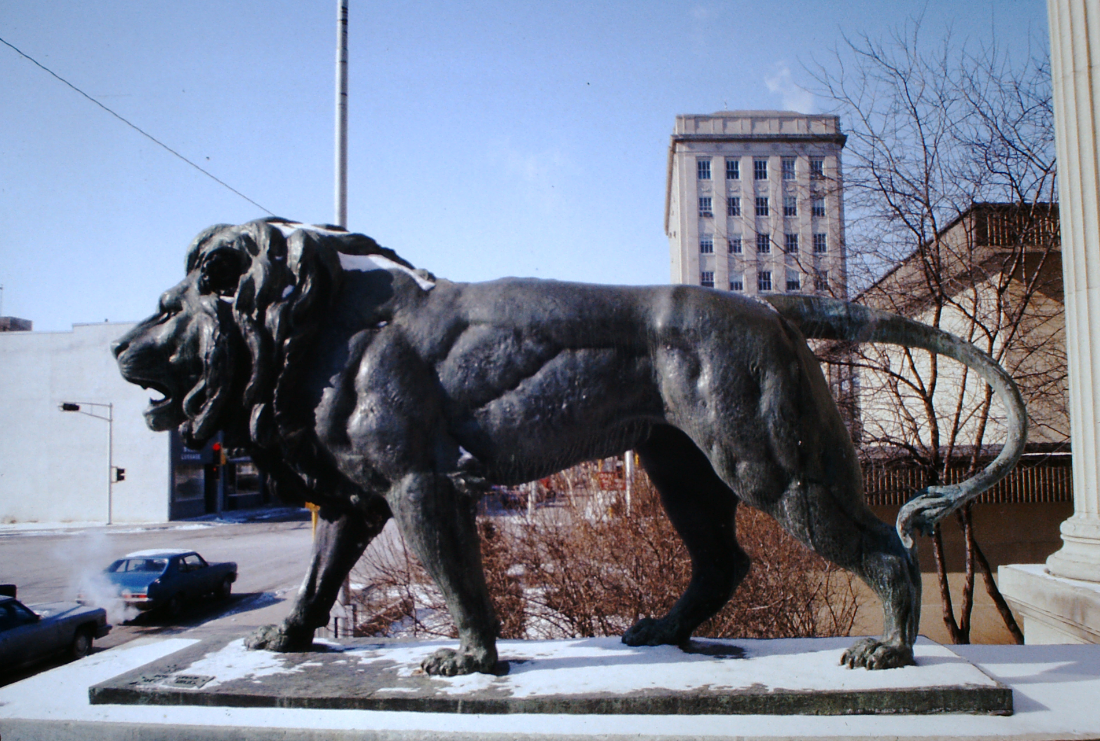 Scene 3.  OK, who's the weisenheimer who put a stick in Sawyer's mouth?  Could it have been?  Well, you don't see it in the above photo, do you?  And it's obvious from the base (snow and shadows) that the photos were taken during the same "shoot". 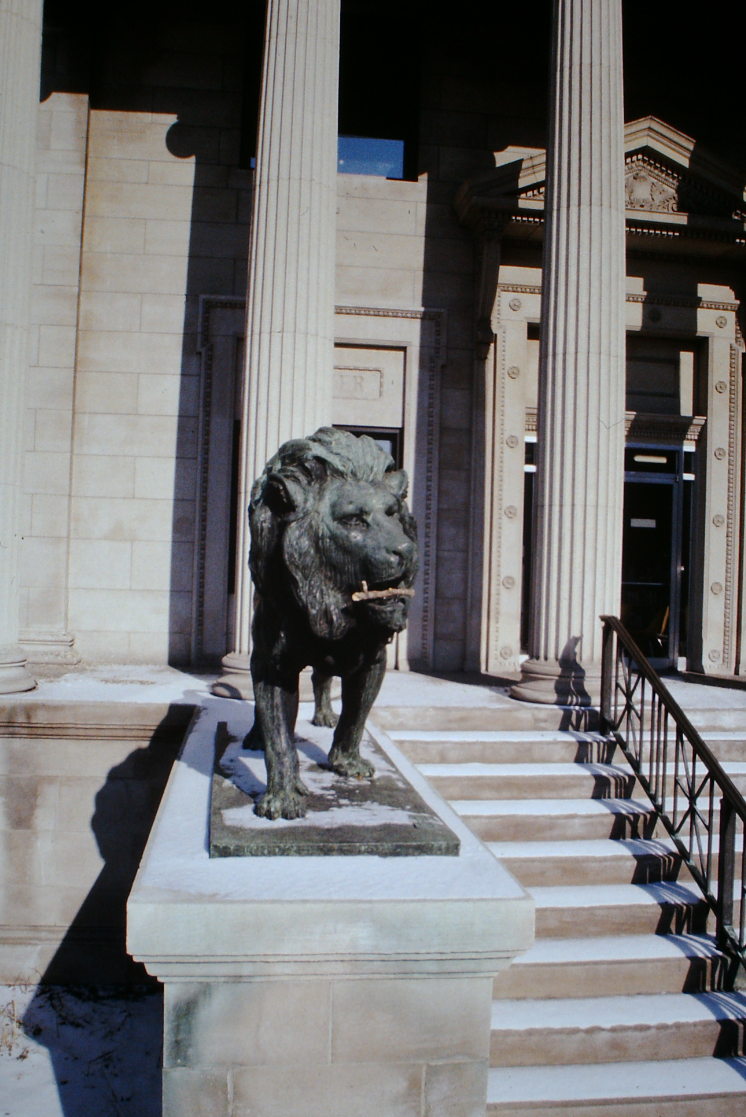 Scene 4.  An interior view from the mezzanine.  Look at the range of card-catalog drawers, organized by author, title, and subject.  (Are those white, blue, and yellow labels, or just the effect of light and shadow?) 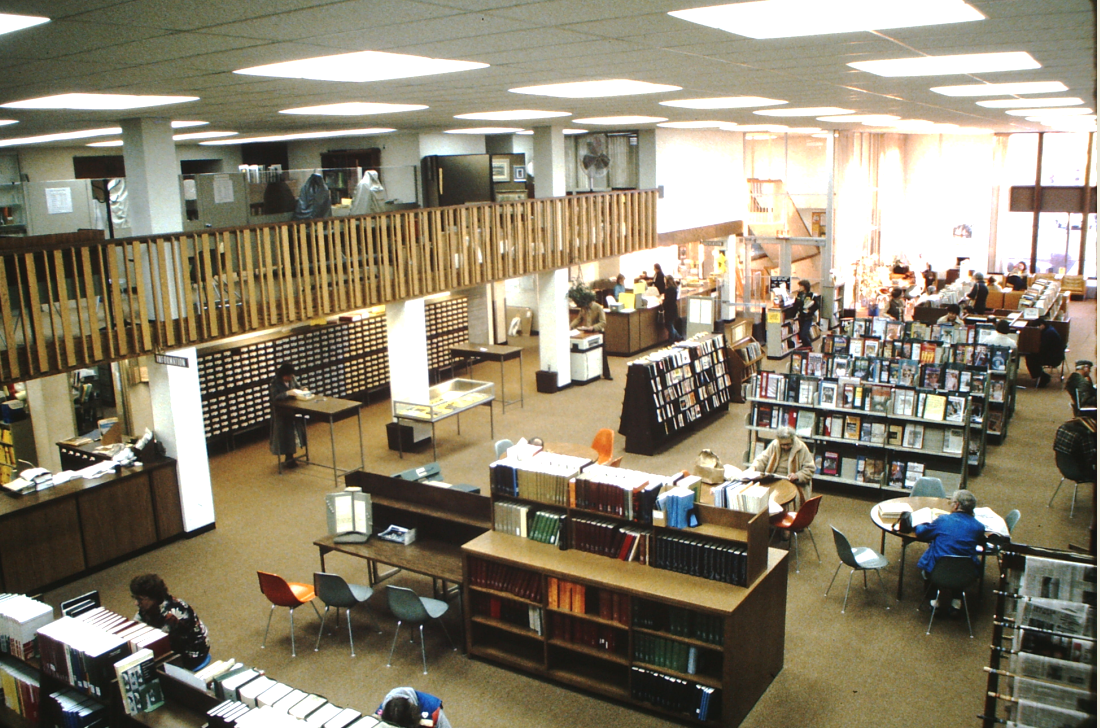 Note:  I just digitized these slides with one of my 2013 Christmas presents.  Yes, the instructions are terrible -- surprise! surprise! -- but I'm generally pleased with the quality of the results.