Though the Department of Revenue puts a "stable" spin on it. 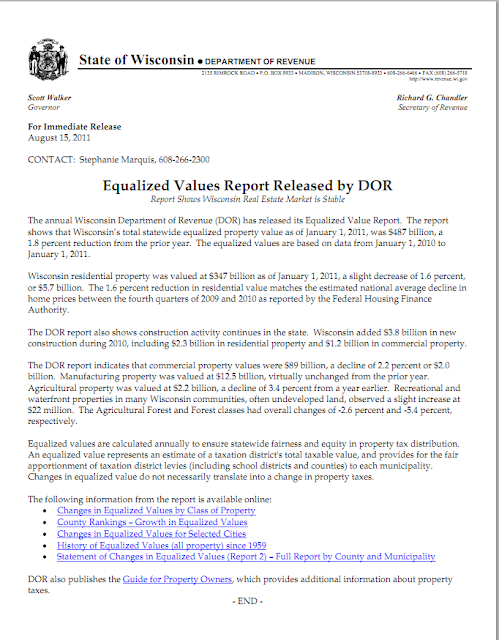 Excerpt: An unprecedented drop in property values across the northwoods and Wisconsin is forcing government agencies to take a closer look than ever at their bottom lines.

The state Department of Revenue reported that property values have declined in Wisconsin for the third consecutive year, something that Langlade County Finance Director Gary Olsen said he has never before seen happen.

“I said last year was unprecedented because it showed the second consecutive decline,” Olsen said, “But this is the third year so it is even more so.”

The value of homes, businesses and other property in Wisconsin is down 1.8 percent to $487 billion. That compares with a decline of 3.1 percent in 2009.

“This just shows how tough the economy is right now,” Olsen said “We just have to hope for the best.”

And new construction, an area that has traditionally been encouraging, was also dismal in 2011, increasing three-quarters of a percentage point, compared to 1.17 percent in 2010.

“That was very low too,” Olsen said. “That isn’t even a bright spot for us.” 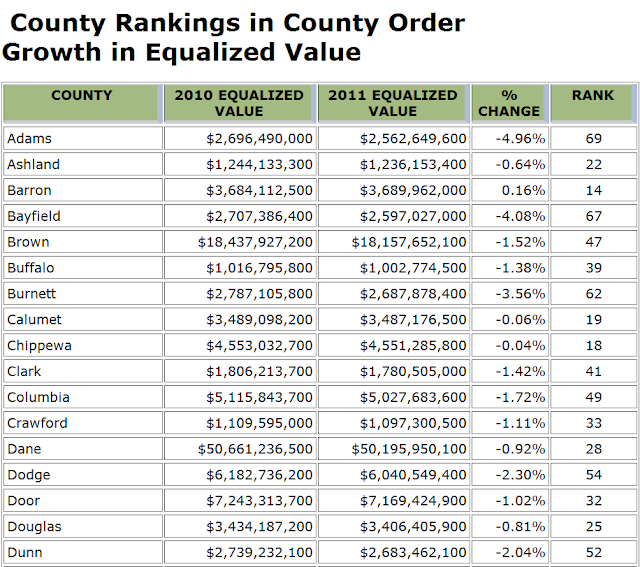 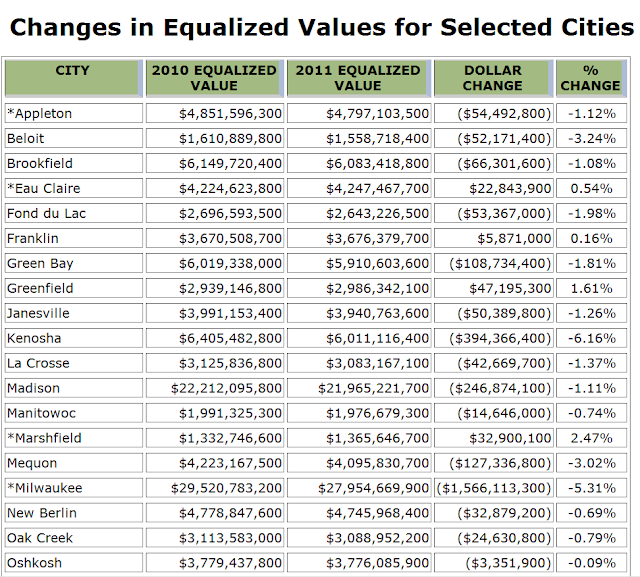 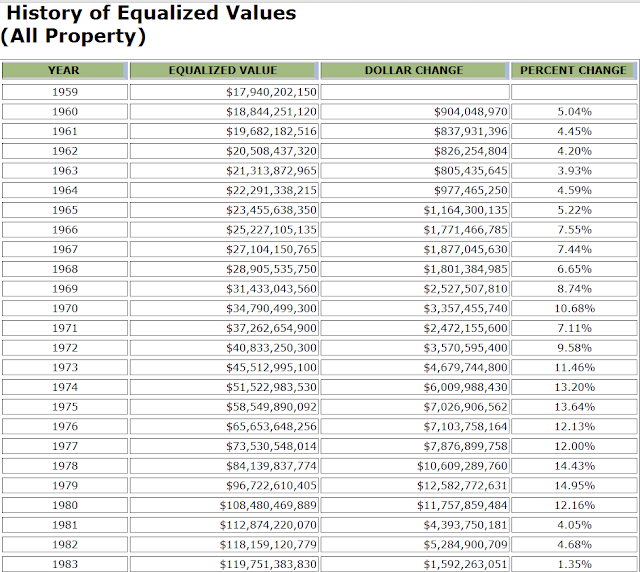 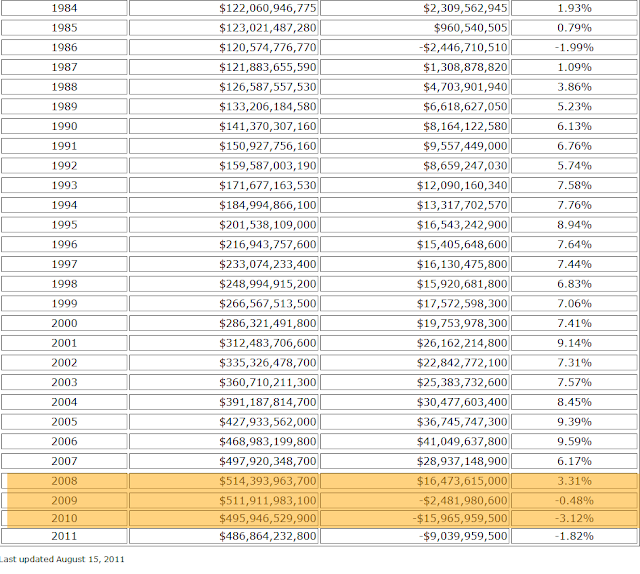 LINK
And then the inevitable happens.  (And not just in Atlanta.) 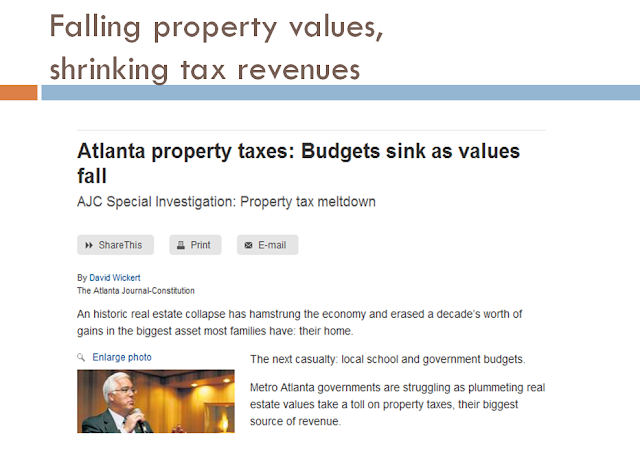 Link to Atlanta Journal-Constitution article.
Posted by Retiring Guy at 6:46 AM