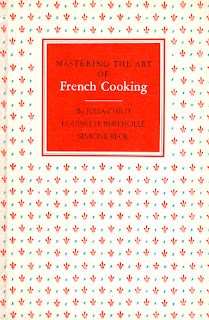 Makes ebook debut next month
Cookbook revolution. Digital versions poised to take a kilo-bite out of the traditional. (Chicago Tribune, 9/28/2011)

Excerpt: The electronic publication of this classic got us thinking: What does it mean for a cookbook to go digital?

"I think the future of a lot of cooking information is electronic, but we don't know how it's going to shake out yet," says Molly O'Neill, whose latest cookbook, "This American Burger: The Meat, The Heat and the Recipes" was published solely as an e-book.

"It's sort of like the days when audio came to film. People tried to take what worked onstage and use it in film, and it didn't work. The demands of the media are very different."

Until recently, cookbooks had been challenging to publish electronically, says Mike Shatzkin, a publishing consultant. E-book software is good at reproducing pages of text, but it hasn't been able to handle elaborately designed layouts that integrate mouthwatering photographs — elements that are the core of most modern cookbooks. That's changing, particularly for iPad and Nook.

In 2007, the last year I updated this table, cookbooks (i.e., "Food and Drink") was the Dewey Decimal classification that generated the most circulation. 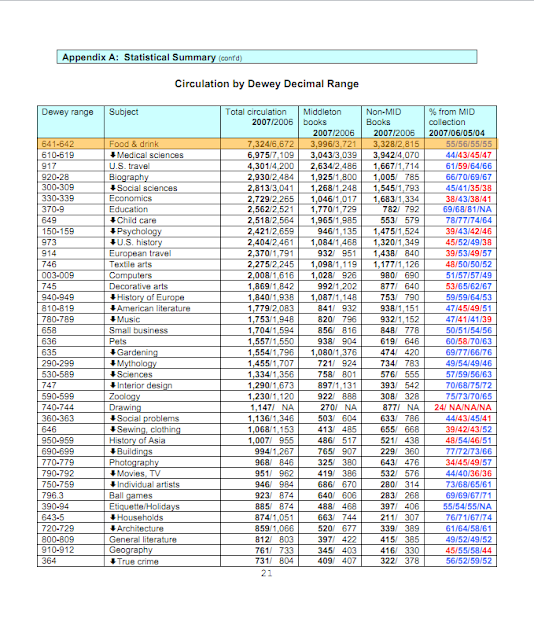