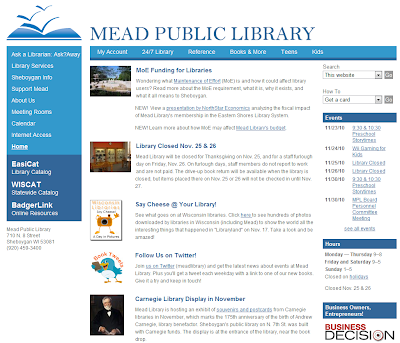 Aldermen deadlocked, 7-7, on their first attempt to pass the budget, and Mayor Bob Ryan called for a 10-minute recess to give the council a chance to rethink their vote. Following the break, three aldermen, Jim Bohren, Eric Rindfleisch and Julie Kath, switched their votes from no to yes, and the budget was approved.

Nine votes among the 16-member council were needed to approve the budget and two aldermen, Jeremy Dekker and Cory Bouck were absent.

Under the budget, the $140,500 in tax levy provided to Mead Public Library will allow it to stay in the Eastern Shores Library System and provide patrons with its online catalog and interlibrary loan and delivery service. There would be five furlough days in 2011.