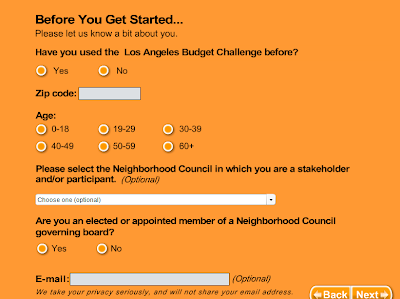 Excerpt: A wave of early retirements in the Los Angeles library department is likely to lead to Sunday closures at nine of the city's largest libraries and shorter hours at more than 60 branches as early as mid-April.

The plan, which comes up for a vote before the Board of Library Commissioners on Thursday, is just the latest sign of the city's difficult financial position. Because of a citywide hiring freeze, about 8% of the positions in the 1,132-employee department are vacant.

Complicating scheduling problems, 107 library employees signed up for the early retirement program offered to 2,400 city workers that allowed them to retire up to five years early with full benefits. Most of those employees will leave by early April.

"We can barely get by," said Roy Stone, president of the Librarians' Guild AFSCME Local 2626.

Friday morning hours were cut late last year at the city's eight regional libraries, which house some of the largest collections, and the 64 branch libraries to absorb the mandated furloughs of city employees.

With the city facing a budget gap of $485 million and as many as 4,000 job cuts next fiscal year, further reductions in library hours are expected. Twenty librarians, 20 library clerks and 60 messenger clerks are among the first 1,000 jobs targeted for cuts.