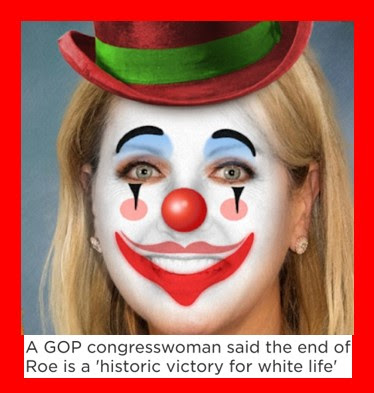 "President Trump, on behalf of all the MAGA patriots in America, I want to thank you for the historic victory for white life in the Supreme Court yesterday," said Rep. Mary Miller, R-Ill., as she raised her hands to lead the crowd in Mendon, Ill., in applause.

Her campaign says Miller misspoke. "She very clearly meant to say 'victory for Right to Life' during her remarks," said Isaiah Wartman, a campaign spokesperson, in an email to NPR, characterizing the moment as a "mishap" and a "stumble."

In a conservative, solidly Republican district, Miller defeated her Democratic opponent by nearly 47 percentage points.   A romp, in other words. 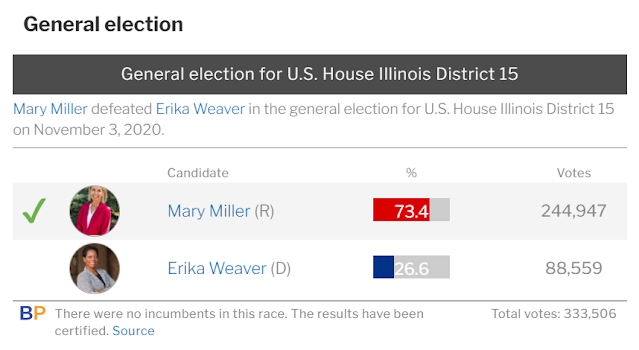 An angry Moulton snapped pictures of the congressional quislings, precipitating a clash with Republican Mary Miller, the first-term representative from Illinois who had quoted Hitler approvingly at a “Save the Republic” rally the day before. [emphasis added]

“She came up and started screaming at me, inches from my face, spittle coming out of her mouth,” Moulton recalled. She said that she didn’t need to wear a mask, that COVID only kills 1 percent anyway, and that she wasn’t contagious, according to Moulton (Miller’s spokeswoman did not respond to a request for comment).