We need to insure the continued mass manipulation of basic science. 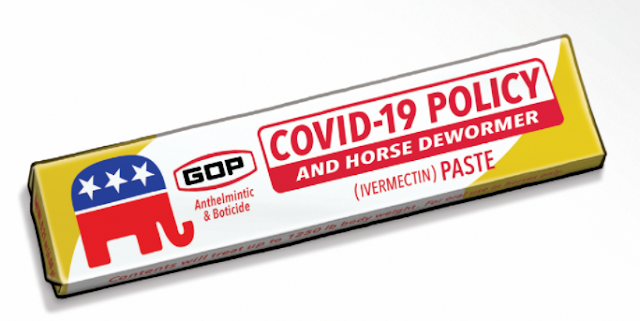 The crisis is really at its worst point since the beginning of the pandemic. And at this point, the vast majority of people being hospitalized with Covid have made a choice not to be vaccinated, because of what many medical personnel say is misinformation rooted in partisan politics. So nurses I’ve spoken to are disappointed and angry that they’re having to deal with the repercussions of this mass manipulation that ignores basic science.  [emphasis added]

And during all of this, they’ve been experiencing repeated bouts of moral injury that have a pernicious impact on their psyche.

We need to insure we have white-male GOP one-party rule, just like we have in the Wisconsin legislature. 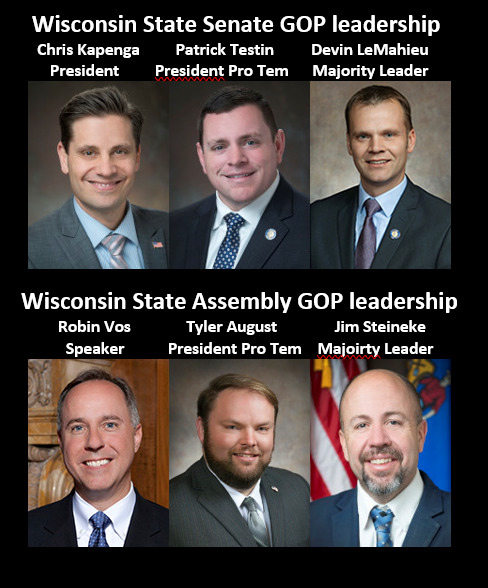 The foundation of Republican control of Wisconsin is one of the most extreme gerrymanders in American history. Back in 2018, Republicans lost the popular vote in the state Senate races by 52.3 percent to 46.9 percent, yet gained two seats for a 19-14 majority. In the state Assembly, they lost the popular vote 53.0 to 44.8, yet lost only one seat to retain a 63-36 supermajority — and that was a wave election year for Democrats. It is de facto impossible for Democrats to win given any remotely realistic distribution of votes.

We need to live in the past, allow the GOP to keep spreading the Big Lie about the 2020 election. On the Saturday in November 2020 when Joe Biden was declared president-elect, Cleveland businessman Bernie Moreno took to Twitter to congratulate Biden and his running mate and to urge his “conservative friends” to accept the results of the presidential election.

He wrote that there was probably some fraud and illegal votes cast, but concluded, “Was it anywhere near enough to change the result, no.”

But just over a year later, Moreno — now a candidate in Ohio’s Republican Senate primary — has deleted the tweets calling for unity and, in a new campaign ad, looks directly into the camera and declares, “President Trump says the election was stolen, and he’s right.”

“Just generally, the election was stolen,” Moreno said in an interview with The Washington Post. “There’s no question about that.”

We need to insure that Republicans can rig elections. 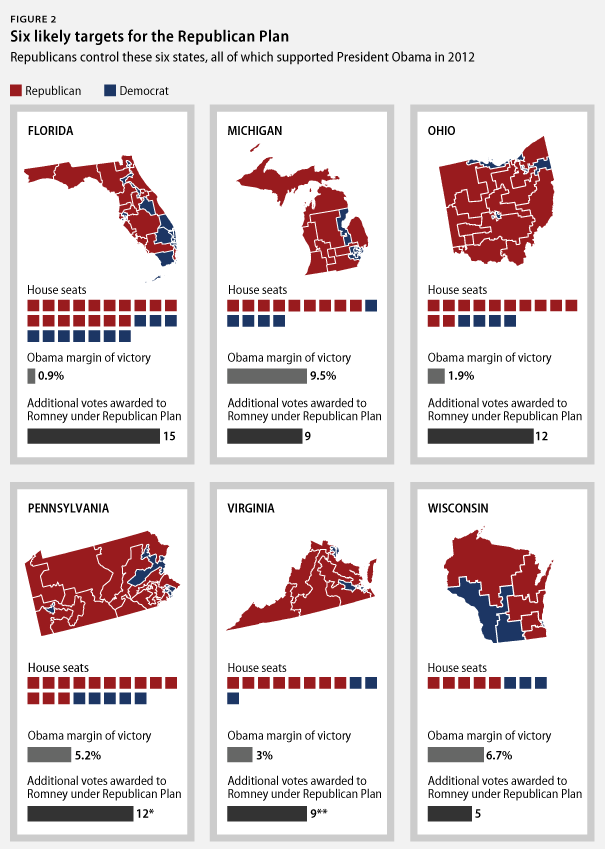 "As one of the most challenging years in modern American history draws to a close, the emerging threat posed by efforts to subvert free and fair election administration has come into sharper focus," the opening paragraph of the States United Democracy Center end-year report explains. "To put it simply, the future of fair, professional, and nonpartisan elections is on the line and the erosion of public trust in our democracy is deeply concerning."

We need to ensure that when natural disasters strike, more people die! 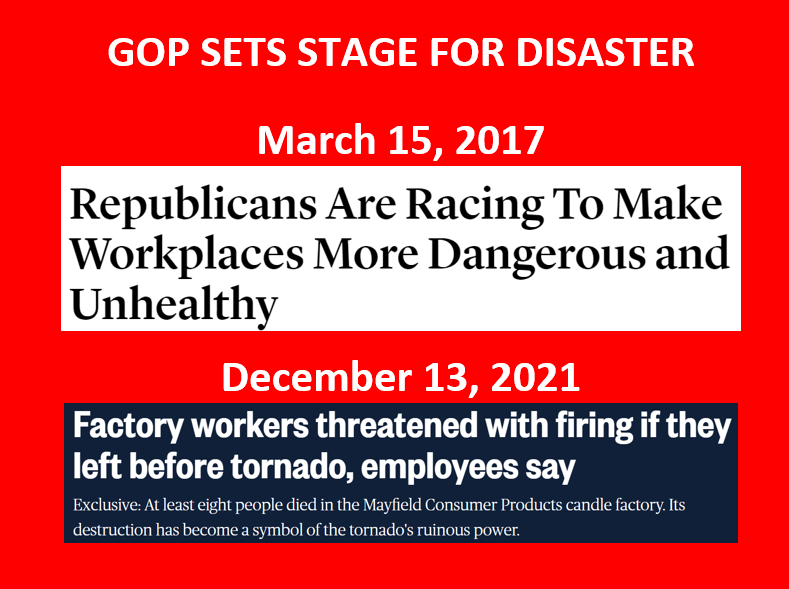 We need to ensure that black votes don't matter. 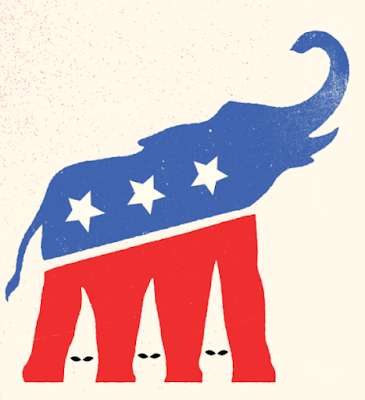 But this was an entirely different five-member board than had overseen the last election. The Democratic majority of three Black women was gone. So was the Black elections supervisor.

Now a faction of three white Republicans controlled the board – thanks to a bill passed by the Republican-led Georgia legislature earlier this year. The Spalding board’s new chairman has endorsed former president Donald Trump’s false stolen-election claims on social media.

We need a rudderless party like the Republicans to govern. 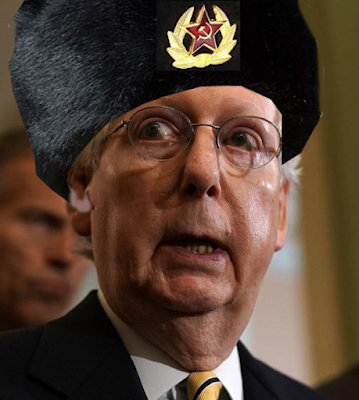 Mitch McConnell has told colleagues and donors Senate Republicans won't release a legislative agenda before next year's midterms, according to people who've attended private meetings with the minority leader.

Why it matters: Every midterm cycle, there are Republican donors and operatives who argue the party should release a positive, pro-active governing outline around which candidates can rally. McConnell adamantly rejects this idea, preferring to skewer Democrats for their perceived failures.

Behind the scenes: On the night of Nov. 16, McConnell met with donors, lobbyists and a group of Republican senators in a private function room upstairs at the Capitol Hill Club.

This is why few Republicans make it big in comedy.  Clueless.  Tasteless.  Huge misfires.