Mayersville is the county seat in Issaquena County. 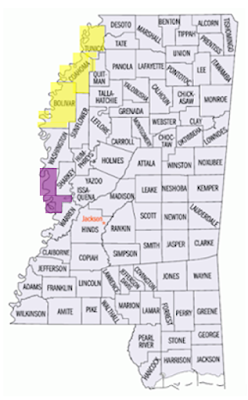 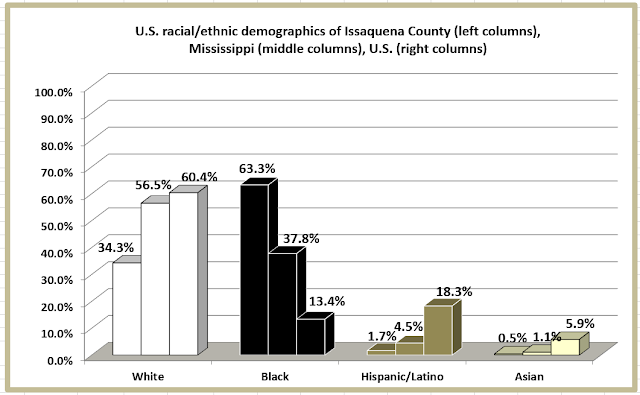 Related reading:
Finding That Elusive One Person in Every 116 Acres in Mississippi. (The New York Times, 3/31/2010)


In 2000, Issaquena, like the rest of the Mississippi Delta area, contained some of the most challenging and undercounted census tracts in the state. This year, as the April 1 target date to return census forms approached, Issaquena was still lagging — only 21 percent of households had returned their forms, compared with 52 percent nationally, according to the running tally on the census Web site, although in many cases the forms have been hand-delivered to people’s homes by census workers.

Issaquena County and the entire Delta is plagued by poverty and illiteracy. People mistrust census takers for a variety of reasons, including a belief that the government is trying to catch them doing something illegal like misrepresenting the number of people in their household, which could affect benefits like food stamps, said Calvin Stewart, a Rolling Fork alderman, teacher, high school sports referee and spokesman for the town’s new antilitter campaign.