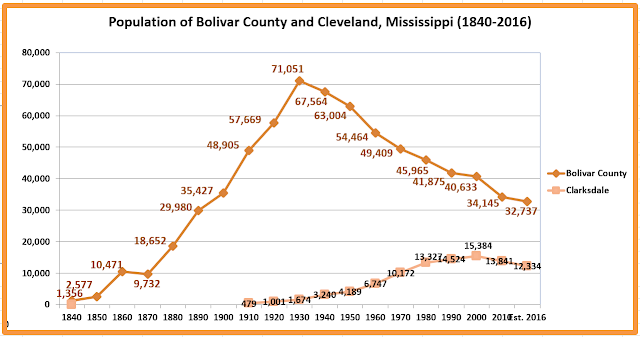 Cleveland is one of 2 county seats in Bolivar County.  (Rosedale is the other.) 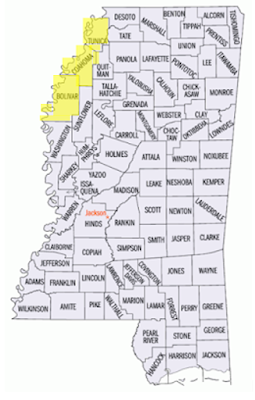 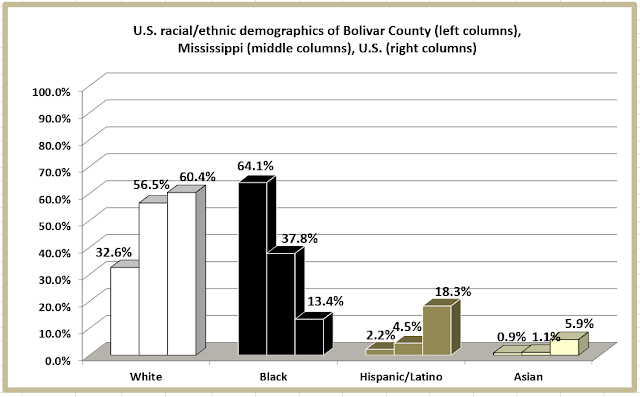 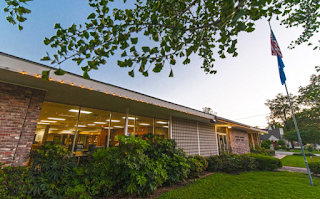 
The Mississippi case began with an action filed on July 24, 1965, on behalf of 131 children. The suit accused the Bolivar County Board of Education and some of its members of operating public schools on a racially segregated basis. The Cleveland School District is part of Bolivar County.

A Justice Department motion filed in 2011 illustrated the inequities between the poor and well-off in Cleveland, a Mississippi Delta town with a population of about 12,000. Before 1969, schools on the west side of the railroad tracks that run through Cleveland were white and segregated by law. Schools on the east side of the tracks were originally black.