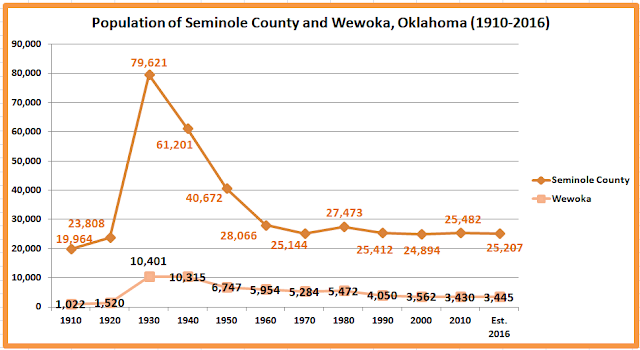 Wewoka is the county seat of Seminole County.

The first great discovery well, the Betsy Foster Number One, was drilled near Wewoka in 1923. In rapid succession the Cromwell pool was developed in 1924, and the Fixico Number One brought in a gusher in the summer of 1926 in Seminole. The oil rush was on. At the height of its production the Seminole (city) Field accounted for 2.6 percent of the world's oil production. The county population increased from 23,808 in 1920 to 79,621 in 1930. The rapid influx of men, women, and machinery taxed the local infrastructure and produced colorful tales. Town histories relate stories of streets so muddy that cars sank up to their fenders. Hastily erected shacks, Bishop's Alley (a red-light district), and railroad activity in the city of Seminole were second only to Chicago. Cromwell, known as the "wickedest town in the United States," brought legendary William "Bill" Tilghman out of retirement to patrol its streets.

After the boom ended, county population fell almost as quickly as it had increased.  [Oklahoma Historical Society] 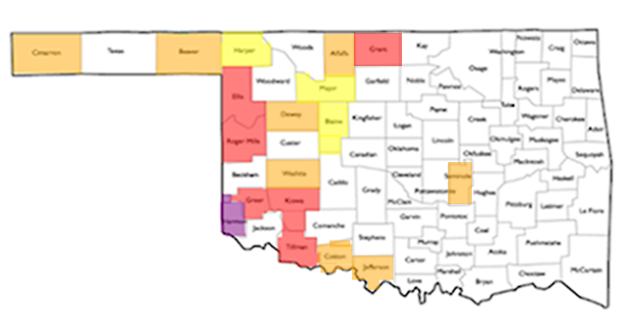 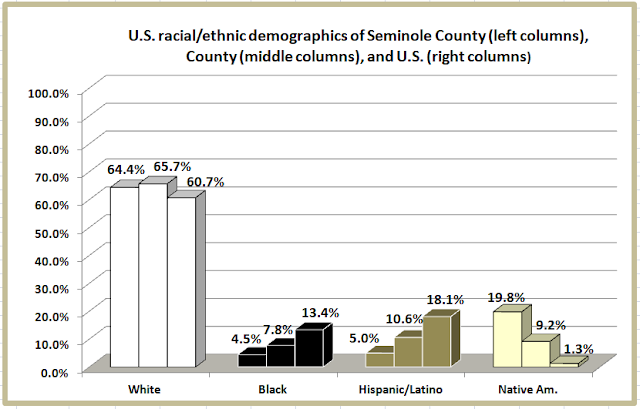 
The last time Seminole County voted for a Democratic candidate for president was in 1996, when Bill Clinton won a 2nd term. In 1964, LBJ beat Barry Goldwater by 26.4 percentage points, and third-party candidate George Wallace received 22% of the vote in 1968.