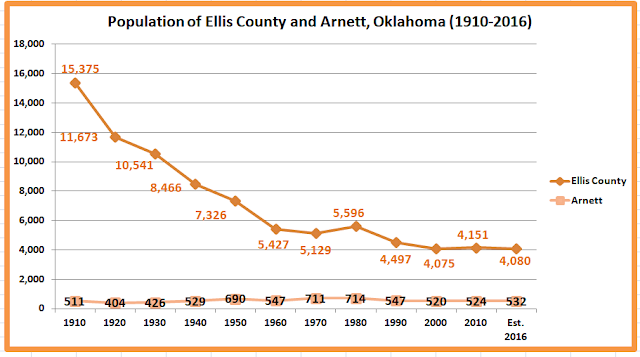 Arnett is the county seat of Ellis County. 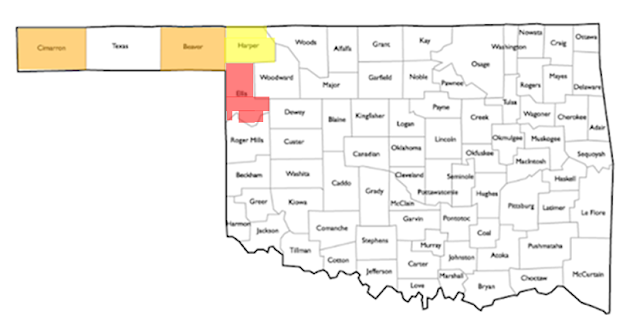 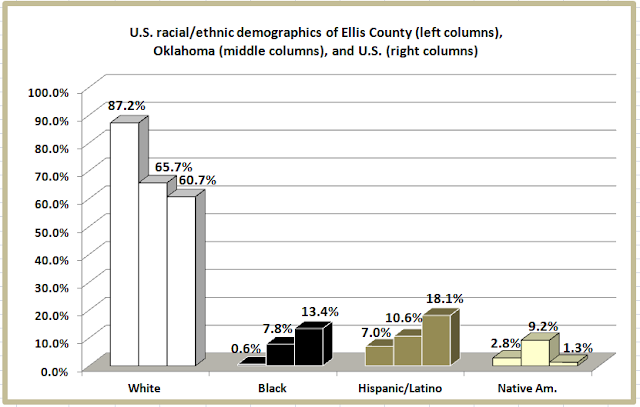 
The last time Ellis County voted for a Democratic candidate for president was in 1936, when FDR won his 1st of 4 terms. In 1964, Barry Goldwater beat LBJ by 12.9 percentage points, and third-party candidate George Wallace received 16.6% of the vote in 1968.


Just in time to spur holiday retail sales, an Oklahoma sheriff is suggesting shopping for weapons.

Because the world is “more violent toward Americans,” Sheriff Milton Anthony of Ardmore, in a public letter, urges all residents of Carter County to arm up and “exercise your 2nd Ammendment right.”

Everyone, he writes reassuringly in all capital letters, needs a handgun license and sidearm because anyone in Greater Ardmore “may be called on to help defend the citizens of this county against all enemies foreign and domestic.”