Both require an unending supply of suckers. 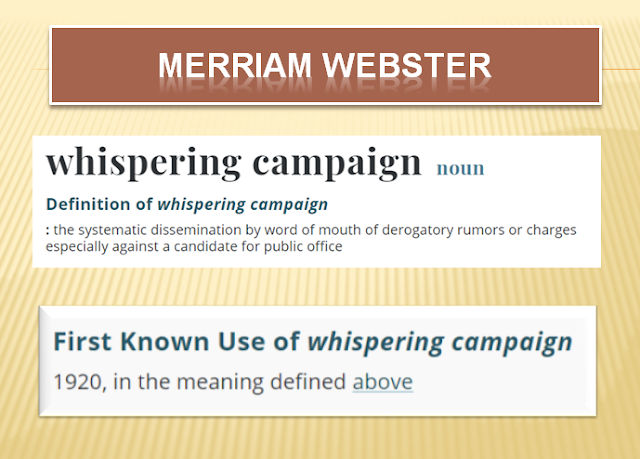 Other coinages from the same year:


And sometimes it goes beyond voting.

In recent days, a cadre of conservative House Republicans allied with Trump has been privately exchanging articles from right-wing outlets that fuel suspicion of Khashoggi, highlighting his association with the Muslim Brotherhood in his youth and raising conspiratorial questions about his work decades ago as an embedded reporter covering Osama bin Laden, according to four GOP officials involved in the discussions who were not authorized to speak publicly.


The general concept, though, has a long history in American politics.


Related post:
GET ME REWRITE Gomer alert: It's absolutely awful for people without critical thinking skills.  (1/14/2019)
Posted by Retiring Guy at 7:16 AM